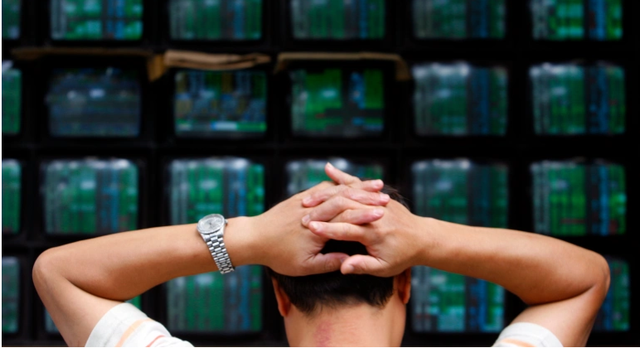 After starting as a rumble at the beginning of the year, warnings of a global recession are growing stronger every day. Over the past week, high-profile figures from the head of the World Trade Organization (WTO) to Nobel Prize-winning American economist Paul Krugman have sounded the alarm about the likelihood of a global downturn.

In a survey released by the Switzerland-based World Economic Forum on Wednesday, seven out of 10 respondents to a sample of 22 leading private and public sector economists said a global recession was likely in 2023.

Meanwhile, Ned Davis Research, a Florida-based research firm known for its global recession probability model, raised the likelihood of a global recession next year to 98.1 percent, the highest since the drop linked to the COVID pandemic -19 of 2020 and global financial. the crisis of 2008-2009.

As the war in Ukraine, China's pandemic policies and runaway inflation cloud the economic outlook, investors are particularly concerned about the prospect of the US Federal Reserve raising interest rates so aggressively that the world's largest economy slumps. in recession.

Historically, the US and other central banks have found it difficult to manage the task of raising rates, which raise the cost of borrowing and investing for businesses and households, without dealing a severe blow to economic growth. Past recessions, which are usually defined as two consecutive quarters of negative growth, have been blamed on the Fed's efforts to reduce high inflation, including successive downturns in the early 1980s.

Outside the US, economic headwinds offer little cause for optimism.

Germany, Italy and the United Kingdom, three of Europe's biggest economies, are expected to suffer long recessions next year, largely because of energy supply problems caused by Russia's invasion of Ukraine, the Organization for Economic Co-operation and Development said. Development (OECD).

The OECD expects the eurozone to grow by just 0.3 percent in 2023, indicating that many of the bloc's economies will be in recession for periods of the year.

While Asia Pacific is expected to avoid contraction, China's "zero-COVID" border lockdowns and restrictions are becoming a serious drag on the region's growth potential.

On Tuesday, the World Bank cut its economic forecast for Asia Pacific to 3.2 percent, from 5 percent in April, and nearly halved its forecast for China to 2.8 percent.