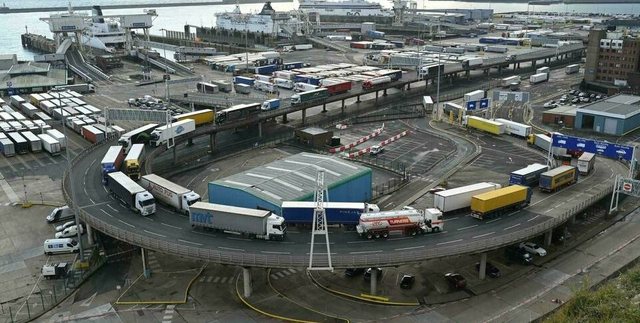 Britain will issue up to 10,500 temporary work visas for truck drivers to alleviate chronic staff shortages, the government announced in a turnaround to post-Brexit immigration policy, foreign media reported .

Short-term visas, valid from next month until the end of December. The lack of tanker drivers has caused large queues at gas stations in recent days.

The decision to extend the employee visa scheme is a reversal by Prime Minister Boris Johnson, whose government had tightened post-Brexit immigration rules, insisting Britain's reliance on foreign power must end.

It had resisted the movement for months, despite an estimated shortage of about 100,000 heavy-duty vehicle drivers and warnings from various sectors that supplies would run out.