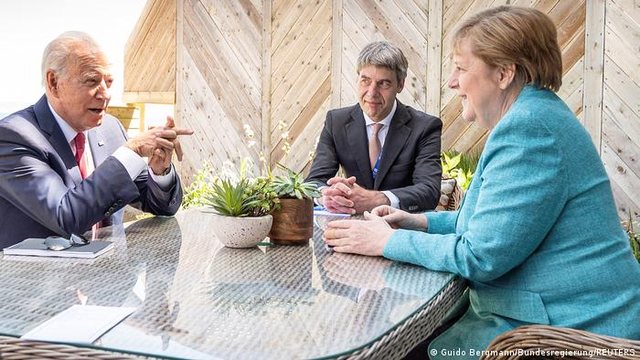 Economic and foreign policy topics dominated the second day of the G7 summit, which is taking place in Cornwall, England. On Saturday, the G7 countries agreed on the creation of a global infrastructure initiative as a counterweight to China.

The heads of state and government of the seven industrialized nations decided on Saturday to offer poor countries "value-oriented, quality and transparent" partnerships, the White House said. "It is not a question of going against China or to measure with China, but to create a positive alternative vision for the world ", said a representative of the White House.

The infrastructure plan for poor and developing countries was put in place at the initiative of US President Joe Biden. It aims to be a counterweight to the "New Mind Road", which Beijing is promoting by expanding its transport, commercial and industrial infrastructure.

A number of countries, especially the US, are critical of China's growing influence and accuse the People's Republic of China of using the program's projects as a way to increase its geopolitical influence. According to a US official, President Joe Biden wants more distance from China and, in addition to the global infrastructure plan, seeks a position against forced labor of the Uighur minority in China.

As a lesson from the Corona crisis, the G7 countries want to be prepared with a health package. Various humanitarian organizations accuse the G7 states that their measures in the fight against the pandemic are not enough.