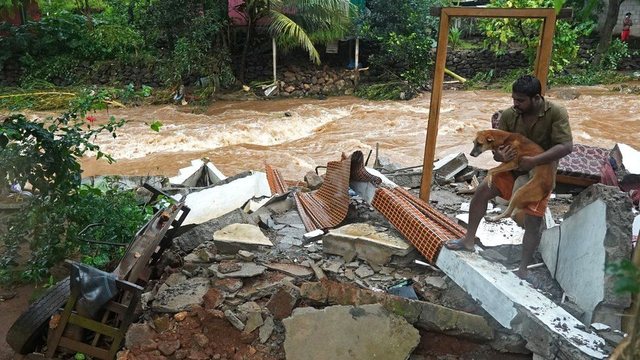 At least 19 people have lost their lives from floods in southern India as heavy rains caused rivers to overflow in towns and villages.

Locals joined rescue teams today to help remove mud, rocks and fallen trees from the affected areas as the search for survivors continues.

In 2018, about 400 people lost their lives and more than a million others were displaced by the worst flooding that swept through Keralan.