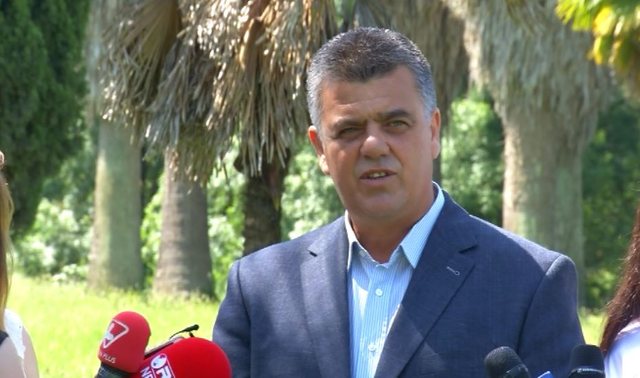 The SP candidate in Durrës, Lefter Koka has reacted after the accusations of President Ilir Meta. The latter accused him of buying votes in this district, stressing that his head should have been in jail. According to Meta, Lefter Koka's son comes out with a pistol and terrorizes the citizens not to vote for the SMI, on the orders of Edi Rama.

He "regretted" supporting the SMI, stressing that he had secured many votes for the party. "I made myself, my company and my friendships available in Durrës, so that your party would get so many votes that 1000 cups of Monica could not be seen", writes Koka on Facebook.

He says that the votes that went to the SMI were his and this time they will go to the SP, ironizing the SMI candidates in Durrës. Koka has sharpened his tone, accusing and insulting President Meta.

"You are an idiot, that God has taken your mind to strip you naked in front of the people, so wait calmly and lovingly for the terrible verdict that awaits you on April 25! You will long remain in the memory of this people, as a clown who kills you at night and cries during the day.When you talk about vote buying and the Constitution, it is like hearing a bachelor talk about virginity and a criminal talking about the law!

You are a great reason to believe that there is a God, that only God could remove you from the neck of the Albanians as he deserves! Disfigured, degenerate, finished to fall and the last membrane. Go now and lock yourself in your cage in Lalëz and do not sleep at night, to save the boxes you hid in the bucket! Dirty man! " Writes Koka, among other things.