Tomorrow, the SP Congress, Balla reveals the details: We celebrate the 30th anniversary, the program "Albania 2030" and an in-depth analysis 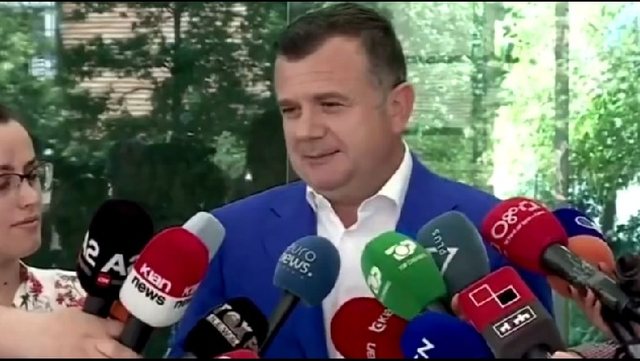 In a communication with reporters from the pink headquarters, Balla said that the first part of the Congress will be dedicated to the 30th anniversary and will start with messages and greetings from the old socialists. Afterwards, Balla said that the governing program "Albania 2030" will be presented, as he called it, and further will continue with the in-depth analysis in all structures of the Socialist Party, adding that in the last two elections, those of 2013 and 2017, no such analysis has been done for things that have not been done well within the SP.

"Tomorrow the SP celebrates its 30th anniversary and congratulations can not be made today, but naturally this is a historic moment in the journey of the SP, which during all these 30 years has a special contribution to the political life of the country. It is the only political force that during this journey has never harmed the interests of the country, but has contributed to the strengthening of democracy, the rule of law and the advancement of reforms, which have brought us closer today than ever to the dream of membership in BE. Thus will be the first part of the Congress the next day, will be dedicated to the journey of this 30-year-old.

I will not reveal today the beautiful surprises, which will bring all the contribution of those in the SP, who by contributing to the SP, have also contributed to the journey to the EU. There will be messages, greetings, and after that we will move on to the presentation of our vision "Albania 2030", where within this part will be the summary of our objectives for the new governing mandate. Then, there is another part, which is the part related to the deep process of analysis and complete reorganization of the structure of the SP throughout the territory, at all levels, from the basic to all other levels.

I want to underline and be clear for the whole structure of the SP, that maybe in two pairs of elections those of 2013 and 2017, we have not done a proper and in-depth analysis to understand in which parts of our organization we have not functioned how we should and where we should focus. In this view, that is why we are giving ourselves so much time available. The process starts from June 15 to January 15, 2022, to guarantee that in the spring of 2022 the entire SP structure will respond to the expectation of President Rama and all other colleagues, who are regional leaders of the SP, in preparing for the elections. local of 2023 ", declared Balla.