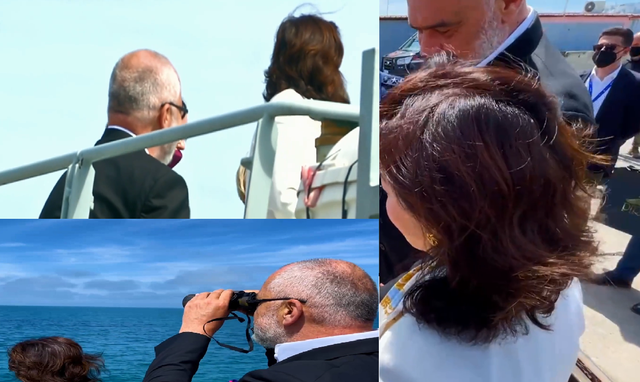 As part of the launch of the "Defender Europe 21" exercise, Prime Minister Edi Rama and his ministers, together with US Ambassador Yuri Kim, walked today in the Adriatic Sea.

They boarded the Albanian Coast Guard military ship with US General TDWolters, the Supreme Commander of the North Atlantic Alliance, observing the magnificent Adriatic landscape.