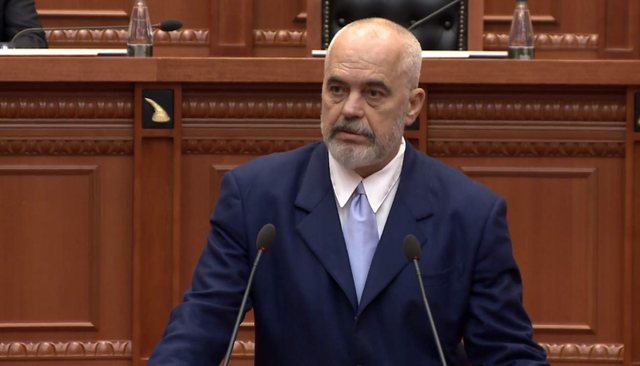 Prime Minister Edi Rama was called to interpellation by Democratic MP Tritan Shehu for the "Open Balkans" initiative. The head of government said from the rostrum of the Assembly that the "Open Balkans" does not replace the Bellini Process, but brings it to life and accelerates European integration.

He added that through this initiative the remaining milestones in the paper of the Berlin Process are practically addressed. According to him, this initiative addresses the needs of citizens and businesses. Rama responded to Shehu by listing the export figures among the countries that are part of the "Open Balkans".

The righteous needs of the citizens, producers and traders of this country are also addressed. Albania has 371 exporters in Northern Macedonia and 165 in Serbia. And since the essence of the debate is Serbia, I am giving another clue.

Out of 165 exporters in Serbia, 57 are fruits and vegetables, which are currently in operation, despite the political landscape. "As far as the Open Balkans mechanism is concerned, I want to inform you that we are the first to start with the framework agreements to implement the Berlin Process" , said Rama.