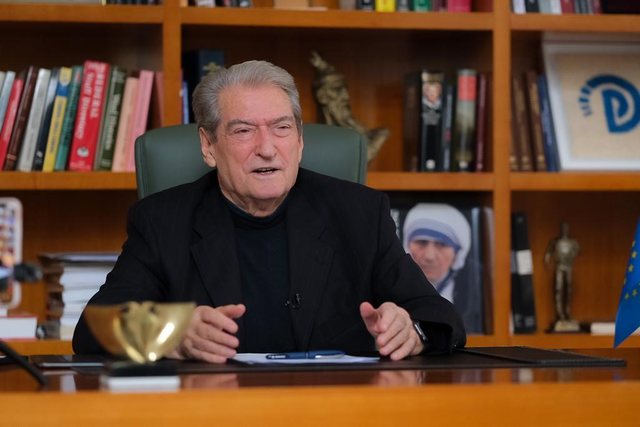 The head of DP, Sali Berisha, in a live conversation with citizens on Facebook, said that if the government had been responsible, there would not have been any loss of life from this earthquake.

" Today is a day in which, three years ago, a heavy, powerful earthquake deeply shook Albania and in the districts of Lezha, Kruja, Durrës, Tirana, caused great material damage, but above all, 51 citizens remained in the ruins of these houses from this earthquake.

More dramatic, the innocent death of these children, women and men, in Thumana and Durrës, who died under the ruins of their homes, is made more dramatic by the fact that all of them, in the event that this state and this prime minister, would have proven the responsibility with minimal, they would live and be alive among us today.

I say this because all the victims of Thumana died in the ruins of the buildings declared uninhabitable by the September earthquake of that year, but greed and corruption did not allow them to leave, settle in other apartments and not be absent today " , Berisha said.

The chief democrat accused the government that the earthquake funds were used to steal the elections and for corruption.

"Today, after three years, the earthquake funds problem has turned into one of the biggest corruption mega-affairs. It is true that buildings have been built in Laç by the Turkish government and I am grateful, but in fact the government has used the aid for two purposes. The first goal was to steal, and in this context, any construction made with the funds of the Albanian taxpayers for the earthquake, has cost at least five times more than a construction made by the Turkish authorities or other donors.

However, it must be said that today there are hundreds and thousands of families who live with their relatives or in containers. This earthquake witnessed the history of corruption, theft and incompetence", said Berisha.