Basha: Members of the government in the interceptions of the Italian anti-mafia, the sludge of the society entered the Parliament and the municipality 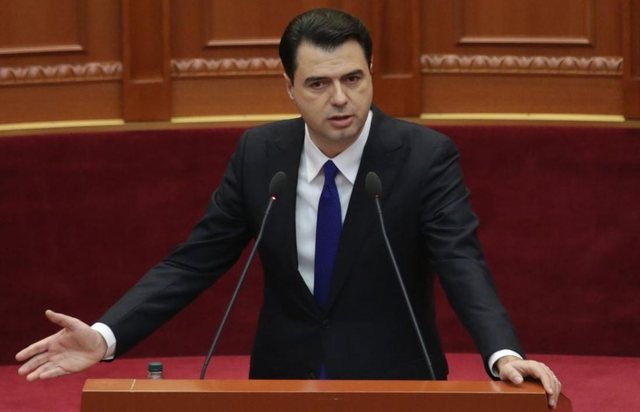 The leader of the Democrats, Lulzim Basha, spoke in the Assembly about crime and money laundering. He has accused the crime of entering Parliament, municipalities and institutions. Speaking about the changes in the law on money laundering that are expected to be approved in the Assembly, Basha said that the government can not curb this phenomenon, adding that it is what has given him support.

"This pseudo-majority, members of which for several years regularly appear in the wiretaps of the Italian anti-mafia and not only, has brought to this session a draft law with some changes on the law on prevention of money laundering.

To all those who are well acquainted with the daily reality of Albania, whether Albanians or foreigners, those who have seen and see every day how during the rule of this pseudo-majority, the institutions were gangsterized, the sludge of society entered freely in parliament "and the municipality, organized crime has its realtors at the highest levels of government, in everyone's minds ," Basha said.

"Could it be that in January of this year they appeared in the anti-mafia interceptions of Catanzaro, with their titles as prime minister, ministers or mayors, where members of one of the most dangerous mafia organizations in the world, Ndragheta, made plans for Corrupt construction permits, tenders and concessions, and clearly defined plots with fat percentages, guarantees that money will no longer be laundered in Albania?

Could it be that not 2 weeks ago they came out again in the interceptions of the Italian anti-mafia, this time with another mafia organization, as dangerous as Ndragheta, Cosa Nostra, as the guarantors of a money laundering operation, for which the cooperation of the deputy was taken for granted. the Prime Minister and the head of the Money Laundering Directorate, the authors of the preventive initiatives? " said the leader of the Democrats.