'Abandoned' Basha for Berisha, Floriana Garo: My mother-in-law came out against me, but I have no problem. The advice the former prime minister gave me 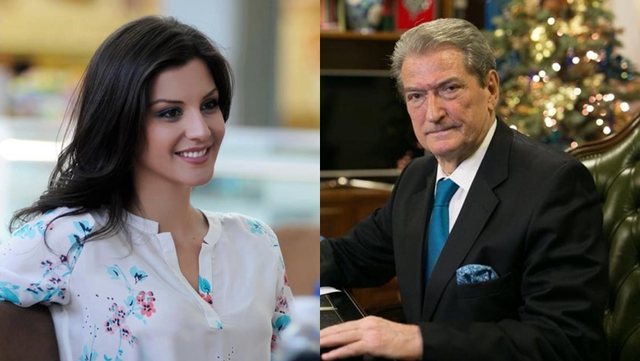 The well-known moderator Floriana Garo appeared for weeks next to the former Prime Minister Sali Berisha, accompanying her in the lectures held in different cities of Albania.

Invited to the show "Invitation to 5", Garo has shown how the 'abandonment' of Lulzim Basha (in the April 25 campaign she was the spokesperson of the Democratic Party) has affected Sali Berisha in her relations with her mother-in-law.

She said that her mother-in-law did not support her engagement with Berisha due to her political convictions, but Garo adds that she did not have a problem with such a fact as she had the support of her husband.

Garo also revealed the advice given by the former prime minister for her appearances on screen.

Excerpts from the interview:

Floriana Garo: My mother-in-law got me on the phone today and said they got me on Top Channel and want a message. The relationship is very good. We are happy to be close.

Bieta Sulo: Were there any discussions about politics?

Floriana Garo: There have been discussions because beliefs are different. I know that it is right, however there is another mentality regarding the achievement of Albania that we want to have and it has not embraced my commitment but I have no problem with this because my husband has supported me.

Bieta Sulo: The argument you gave?

Floriana Garo: That I believe this and when I believe something, I enter with flesh and blood. I do not believe in easy things, but when I do, I invest.

Bieta Sulo: The transition from Basha to Berisha was difficult?

Floriana Garo: I have invested with flesh and blood for the PD campaign. I am right in conviction, but for me the DP is nothing without the historical leader Sali Berisha. It has not been difficult for me to get past the idea of ​​Basha being the party chairman and me the campaign spokesperson. I have done my best as I am doing my best now with Mr. Berisha. I met Mr. Berisha in 2012 and we maintained a courteous relationship, but he has always been a very good advisor and interlocutor.

Bieta Sulo: The advice he gave you?

Floriana Garo: Do ​​not be too aggressive in TV shows because it is not well received by viewers. I wore this earring. He has left me space to express myself.