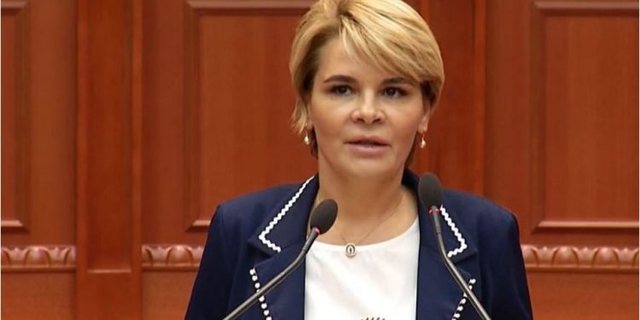 The chairwoman of the SMI, Monika Kryemadhi has stated that just like with the normative act for price reimbursement, it should have functioned for other sectors as well.

During his speech in parliament, Kryemadhi said the suspicion begins the moment who will be the instrument that will control the bills,

Citing the case of incinerators, Kryemadhi added that companies have caused suspicion begins the moment who will be the instrument that will check the bills.

Kryemadhi : At first glance when we look at the normative act that has to do with a reimbursement of a value of up to 30% for construction companies for public works, he sees and thinks that we live in Denmark in a very democratic country, in an equal economy in a competition. Because in today's conditions when the price of iron, the price of cement, oil have increased due to the war, normally this consequence will be felt in public works, such as schools, hospitals, roads, bridges and everything else.

But the suspicion begins the moment who will be the instrument that will check the bills. Who will check that company x those who have won public tenders with 99% of the value will show the real bills. From my experience from the investment we have made with the issue of incinerators that I have always said that the deeper you go the deeper it comes out, I am giving you a figure that today I have finally officially.

The scheme of companies created for tax evasion and very soon will be addressed to SPAK to join other lawsuits. For the misappropriation of VAT is $ 189 million, only companies that have worked with incinerators.

So, in these companies are 99.99% of companies that will benefit today from this normative act. Dear colleagues and journalists, these are more bills and dates. These companies have bought flour, oil, sugar, rice, salt and have also sold gravel and concrete. There are three groups, it is the group of Albanian companies which can not afford the profit tax, and increase expenses with inflated bills. There is another group that wins concessions of 40 million euros per kilometer, or 300 million euros of concessions and in addition to making inflated bills rob the money from the state budget and in addition avoid paying VAT, receive and refund VAT are two other companies that are directly connected to the incinerators. Aside from the fact that you see these companies that will be very soon of all the other media.