Hawthorn submits the lists to the CEC, runs itself in four constituencies

GJKKO sentences Luan Daci to 6 months in prison, judge: Well-organized coup, but it will fail

Elections / SMI presents the list of candidates for MPs

SMI sues SPAK for mayor of Vora: They are trying to buy votes as a structured criminal group 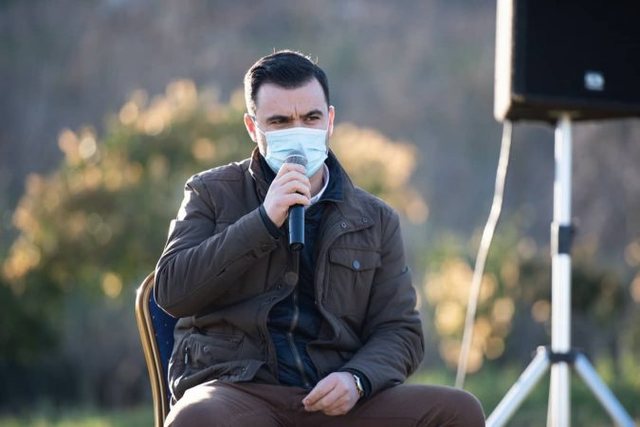 The Socialist Movement for Integration has filed a criminal report with the SPAK for the mayor of Vora, Gentian Picari, as well as some officials of this institution.

According to the SMI coordinator in Vora, Vojo Bregu, Picari and other municipal employees have committed criminal offenses, such as active vote-buying corruption and abuse of office, in the form of a structured criminal group.

In a statement to the media, Bregu said that the aim is to falsify the verification and re-evaluation forms related to the damages caused by the earthquake. He adds that this clearly proves that he is trying to buy votes.

"Actions that are neither more nor less a pure attempt to buy the vote, by renting public property in violation of the law and the decisions of the CEC, and finally by changing the structure, which despite is the municipality with the highest debt level in Albania, about 226%, has added about 70 employees, among them persons with criminal records, with the sole purpose of using their vote and that of their families in the April 25 elections " , said Bregu.

Ndue Ukaj Kosovo in recent decades was at the center of Western politics, and now some adventurous and amateur politicians want to make issues of the perip...

Elections / SMI presents the list of candidates for MPs

The chairwoman of the SMI, Monika Kryemadhi has presented the candidates for deputies in the parliamentary elections of April 25. In a statement to the media...

Shalom! Shalom! Shalom! Three times he repeated in Aramaic the word "peace" Pope Francis in Karakos, in the face of images of destruction and ruins, thus giving...

The deputy mayor of Durrës resigns, joins the opposition coalition

Lists for MPs / Basha and three allies are expected to compete in Tirana, dis...

Veliaj: We have many young people in the lists that will be published tomorrow

Communicated the departure, Eglantina Gjermeni says to Rama in the eye: I am ...

Minister Balluku is accountable to the Presidency for the concessionaire of R...

Hawthorn submits the lists to the CEC, runs itself in four constituencies

Communicated the departure, Eglantina Gjermeni says to Rama in the eye: I am leaving prematurely

Accident on the Lushnje-Divjakë axis, two people lost their lives

"March 8 in Durrës", homage to the victims of violence

"We want to be the determining governing force", Patozi: The mandate in Shkodra is secure

"I did not want to live anymore", Meghan Markle talks about the dark days in the palace

UNICEF: 10 million girls at risk of child marriage due to pandemic

Another lifeless body is removed from the burnt house in Berat, the last one is wanted

Seventh on the list, Maliqi: I will be the most voted, the opposition gets 5 seats in Berat

"Agrares rooster", Duke answers Rama: O robo, you liked my eggs, I'm not surprised that you are a man with an 'R'

Socialist MP admits Vetting failure in Police: The process is not effective

Elections / Topalli presents the candidates for deputies of Durrës, Korça and Fier

Ralf Gjoni will no longer be an MP: I do not feel strong to guarantee the counting of my vote

The deputy mayor of Durrës resigns, joins the opposition coalition

Rama ironizes the PD allies: Duke waiting for Luli to become a minister again; What he says about Mediu, Shehin, Dulen and Ndoka