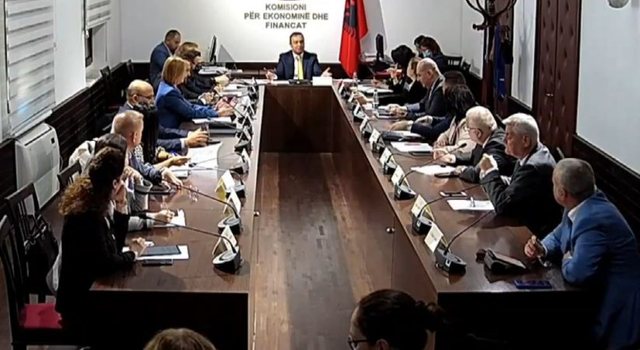 The Committee on Economy and Finance met today and the focus of the discussion was taken by the Eurobond. Opposition MPs have stopped short of addressing the issue.

Democrat MP Jorida Tabaku considers disturbing and intolerable the fact that the debt is taken to pay salaries or PPP contracts.

She sees this as "unhealthy" debt, while saying that she considers it right when the debt is taken to stimulate investments.

Tabaku did not accept the reasoning of the Ministry of Economy, asking the deputies to discuss together how the Eurobond can be used for the purpose of economic development.

The debt received was used not only for investments, for operating expenses and we also received it to pay salaries. Today we have officially reached over 10.2 billion in debt, with a 3.5 billion increase in debt stock where no one knows how effective it has been.

I can not accept that the Ministry of Finance comes with statements that our debt is good. Debt does us good when it is used to boost investment, when it is used in specific areas like education, but to raise our hands here with our eyes closed and approve o another debt with pumpkin game that we do not know how it will be used for me is very dangerous.

We can not borrow to pay PPP contracts. Let’s discuss how it can be used for important sectors that drive the economy. "But I do not believe that borrowing for salaries is in the best interest of the government" , said Tabaku.

On the other hand, MP Edmond Spaho said that taking on debt is risky and cannot be sold as a success. He stated that if arrears are calculated, the debt goes to 90%.

"Borrowing is a big risk, we should not sell it as a success. The debt only with the figures reported by the government today is 80%, but if you enter into arrears it goes to 90%. It is a sign that we should be concerned that this government is debt-oriented. Today this government does not feel that the repayment will start after 4-5 years. "After 5 years we will pay much more to pay the old debt" , said Spaho.

Extension of vetting mandates, Balla for VOA: Without opposition votes it is impossible

3.4 million euros in 'Toyota Yaris', journalist: A German businessman asked for the money

Manjani-Basha: Take the idea of ​​resignation seriously, learn to do politics without the Prosecutor and the Criminal Code

Raped the ex-groom and threatened to kill him, police seize the arsenal of weapons he had hidden in the apartment

Are there ambitions for running the DP? Topalli: With Basha leaving, I will feel at home

Covid-19 in Albania / In the last week, the tests at the lowest annual level

Temperatures drop significantly, as the weather will change in the following hours