After the meeting with the candidates, Fatmir Mediu goes to Basha's office 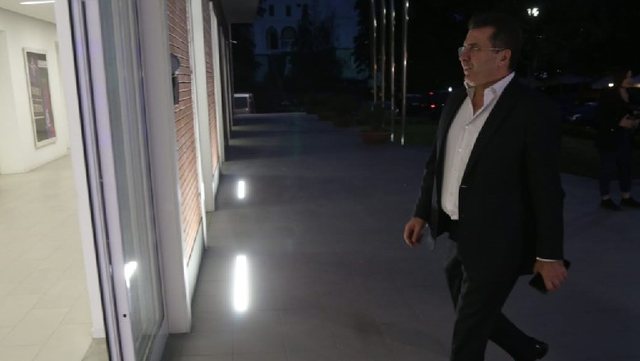 The leader of the Republican Party, Fatmir Mediu has gone to the blue headquarters, where he is holding an individual meeting with the leader of the Democratic Party Lulzim Basha.

Fatmir Mediu took the mandate of deputy, as he was ranked 7th in the list of the Democratic Party in the Region of Tirana.

After losing the election, a rift began between Basha and some of the allies, such as the SMI, PAA leader Agron Duka, or even PDK leader Nard Ndoka.