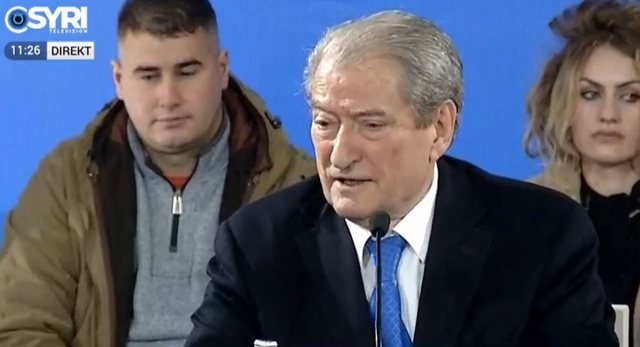 Former Prime Minister Sali Berisha again commented on the visit of Turkish President Erdogan, Recep Tayyip Erdoğan in Tirana and expressed his opposition to the term brotherhood that was used during the meeting.

From 'Foltorja' of Mirdita, Berisha said that Rama is bringing dangerous influences in our country, and yet the American diplomatic representatives in the country are not reacting.

Directly, Berisha responded to Erdogan who spoke about the rules of brotherhood, when he demanded the persecution of the FETO organization in Albania.

" The president of Turkey comes here," he told the parliament, because he threatens the Albanian citizens for the Gulen Movement. He tells them that there are rules in the brotherhood. There are rules in brotherhood, but you know that in Islamic doctrine the concept of not nation but brotherhood is developed.

We Albanians have never accepted this, we have accepted Islam but not for this, because if it is for brothers, they are the Catholics of Rrëshen, Korça… etc. They are the ones who have Albanian blood because that has always been the case for Albanians. I was a child in the family my Muslim practicing father but in the family all the holidays were celebrated. And I asked him why we celebrate them, because they are ours he said.

Erdogan told parliament that there are rules in fraternity. In Islamic doctrine it is the concept of brotherhood and not of nation. But we have not accepted this. Because the Catholics of Mirdita, the Orthodox of Korça have Albanian blood. I was a kid and we celebrated all the religious holidays.

We have brotherhood within ourselves. "We have others as friends, " said Berisha

Berisha himself boycotted Erdogan's speech in the Assembly.