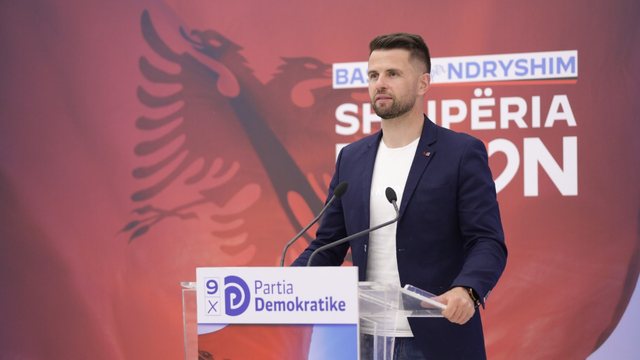 The Democratic Party has appealed for politics to keep its hands away from the elections of KOKSH (Albanian National Olympic Committee), a day before their development where Fidel Ylli is running for president, also a candidate for MP for the SP in the April 25 elections. This accusation comes after that of the ALF, which also claims that the NAOC elections are politicized.

The coordinator for sports in the Democratic Party, Andi Lila called for the elections of April 17 to be postponed and the same candidates for President of the NOC to compete by being voted by all member federations of the NOC, without excluding any.

Many of you are used to seeing me with the red and black jersey of our national football team, always in search of victory, always trying to make you proud!

Even today, from this new position, the mission is the same: Albania must become a better country, even through its athletes. But we have an obstacle in this mission.

In the last days before leaving, the ruling party is seeking to politicize sports, taking control of the Albanian National Olympic Committee.

By repealing rules that prevented control from sports policy, the government allowed changes to the Olympic Committee statute to include active politicians in the race for the Committee's governing bodies.

The statute forbade such a thing, until the current government decided to intervene to appoint its deputy Fidel Ylli, as president of the Albanian Olympic Committee.

With this unacceptable and harmful purpose for sport, these days some of the most important federations in the country have been excluded from the election process.

The situation in this body is very critical, but it does not justify taking control of politics, dividing the sport, only to make the socialist MP Fidel Ylli President of the NOC.

For this situation to stop and all parties to put the interest of sport above the party interest, the Democratic party has an appeal today to all the leaders of the Committee: To postpone the elections of April 17 and the same candidates for President of the NOC to compete running voted by all member NOC Federations, without excluding any.

This is the best contribution we can make to sport at the moment and it is the best message they bring to sports fans. The mentality that the government decides on sports must end!

It is never too late for change!