When Washington is declared non grata: from actors Pitt & Baldwin to US diplomats in Bolivia and Russia 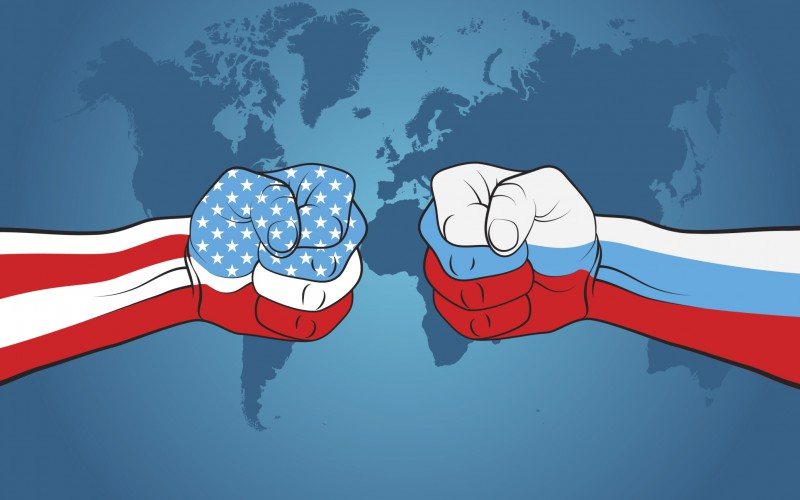 It is not just the United States that declares citizens of other countries as unwanted by being barred from entering the country. Other countries are doing the same, banning not only ambassadors, CIA people, and diplomats, but also singers and actors. Alice Presley has been banned from Mexico, while Brad Pitt from China for his film 'Seven Years in Tibet'. Another actor Alec Baldwin has been detained in the Philippines after 'taking in the mouths' of the women of that country.

Of course, the lion's share of expulsions is comprised of American diplomats. The most zealous in this regard are the countries that have ideological clashes with America such as Russia, Bolivia, Venezuela, etc.

• On December 23, 2019, Daniel Foote was summoned to the United States from Zambia after his position as Ambassador was declared “no longer stable” by the incumbent government following his criticism of a long prison sentence for a gay couple, effectively made persona non grata.

• On May 22, 2018, the U.S. Charge d'Affaires in Venezuela, Todd Robinson, and his deputy, Brian Naranjo, were declared persona non grata by Nicolas Maduro following the escalation of US sanctions and the Charge d'Affaires' statement that Maduro's last re-election was a "seizure of power" and that the elections were not "free or fair".

• On July 7, 2014, the Ministry of Foreign Affairs of the Kingdom of Bahrain requested the immediate removal of Tom Malinowski, US Assistant Secretary of State for Democracy, Human Rights, and Labor. The state news organization BNA reported that Malinoësski "had held meetings with a particular party to the detriment of other interlocutors, thus discriminating against a people, violating diplomatic norms and violating normal interstate relations", and thus was declared a non grata.

• On May 14, 2013, the Russian Foreign Ministry declared person non grata Ryan Fogle, Third Secretary of the Political Department of the United States Embassy in Moscow. He was allegedly caught trying to recruit a Russian special services staff member and was charged as a CIA agent. On May 17, the FSB revealed the identity of the CIA station chief as Steven Hall in further revenge.

• On May 20, 2009, American actor Alec Baldwin was declared persona non grata by the Philippine government after appearing in a Late Show episode with David Letterman, where he joked about getting "a custom Filipino or Russian bride". Philippine Senator and Actor Ramon Revilla Jr. said his wife (Baldwin) would be "unlucky" and that "there would be trouble" if Alec Baldwin traveled the country. The Immigration Bureau has placed Baldwin on his blacklist, barring him from visiting the country.

• In 2008, Bolivian President Evo Morales declared US Ambassador Philip Goldberg persona non grata, claiming that the United States government conspired against him and supported his opponents.

• In 2008, the Israeli Ministry of Foreign Affairs declared Richard A. Falk, Emeritus Professor of International Law at Princeton University, a persona non grata when he was Special Rapporteur of the United Nations Human Rights Council on " the human rights situation in the Palestinian territories occupied since 1967.

• In 2007, the House of Representatives of the Commonwealth of the Northern Mariana Islands (CNMI) declared U.S. citizen Ron Hodges persona non grata. Hodges was convicted of his campaign writing critical letters to the CNMI government and abuses against foreign workers, titled Chamberonomics.

• Brad Pitt became persona non grata in the People's Republic of China after appearing in the 1997 film Seven Years in Tibet, which sympathetically portrayed the Dalai Lama and portrayed the Chinese annexation of Tibet. The ban was lifted in 2014 when he accompanied his wife Angelina Jolie on a film promotion tour.

• In March 1976, Herbert Spiro, the United States Ambassador to Cameroon, also accredited to Equatorial Guinea, was declared persona non grata by Equatorial Guinea. At the end of a visit to the country which he described as enjoyable and eventless up to that point, Deputy Director of Equatoguine Protocol Santiago Nchama gave him a letter accusing the United States government of engaging in subversive activities there, and a day later, the foreign ministry of Equatorial Guinea sent a telegram to the State Department informing that Spiro and Consul William C. Mithoefer Jr., who had accompanied him on his visit, were both barred from entering the country.

• In November 1962, Mexican authorities, under a directive from Mexican Regent Ernesto Peralta Uruchurtu, refused to grant a work permit to American singer and actor Elvis Presley, who was scheduled to travel to Acapulco with a Paramount team of about fifty persons, who were granted work permits in addition to him. Presley thus became the only American artist to be officially declared persona non grata by the Mexican authorities, the result as noted by the latter, of a series of incidents that began in February 1957, when he was blocked from radio after a newspaper quoted him in falsely speaking ill of Mexican women, then in 1959, when his music was banned from record stores and continued into 1961 when his films were banned in cinemas. Two violent riots were reported among pro-Presley fans,

• In September 1952, the US ambassador to the Soviet Union, George F. Kennan, was declared persona non grata after making a statement which the Soviets believed linked him to Nazi Germany. The Soviets refused to allow Kennan to re-enter the Soviet Union.