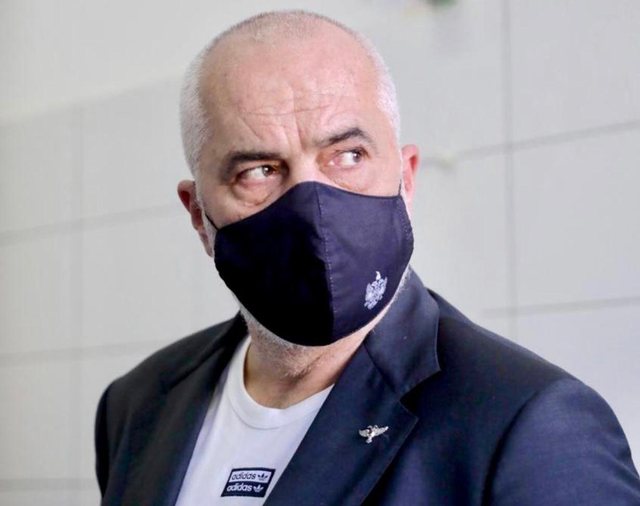 Prime Minister Edi Rama is expected to pay a visit to the neighboring country, Italy, tomorrow and the day after tomorrow (March 5 and 6).

Italian media have uncovered the agenda that the Prime Minister will follow and according to them this visit comes in the framework of the 30th anniversary of the mass exodus of Albanians in the neighboring country.

Although the Italian media provide details on Rama's two-day visit, naturally this meeting is most likely related to the statement of the Prime Minister two weeks ago from Rinas, when he received the shipment of 8,190 Pfizer vaccines.

On February 22, Rama stated that he was nearing the conclusion of an agreement with a friendly country to receive 360 ​​thousand doses of AstraZeneca vaccines.

According to him, after 10-15 days, he would pay a visit to this state.

"I am confident that very soon we will announce the guarantee of a considerable amount of vaccines. We are very close with a friendly country, most likely in the next 10-15 days I will pay a visit there and most likely we will receive the final confirmation for the amount of 360 thousand doses of AstraZeneka that has been given to us confirmed at ministerial. "We are very close to another country ," Rama declared two weeks ago.

This means that if we refer to this statement two weeks ago, then the friendly country falls to be Italy. This fact is reinforced by the presence of the Minister of Health, Ogerta Manastirliu.

Rama's agenda according to Italian media

Rama will be present in Puglia on Friday where an extraordinary session will take place in the Regional Council, where the Italian Foreign Minister, Luigi Di Maio, will also be present.

He will take part in the inauguration of the exhibition "Exodus", created by Nicola Genco, set up in the Agora of the Regional Council Building, where there will be a performance of cello Redi Hasa. The exhibition "Friends and Angels" curated by Alfredo Pirri is set in the same spaces.

The rectors of Apulia universities will submit to Rama a copy of the manual for "Safe Regions" translated into Albanian and compiled thanks to the work of 130 personalities from the scientific world of four cultural universities.