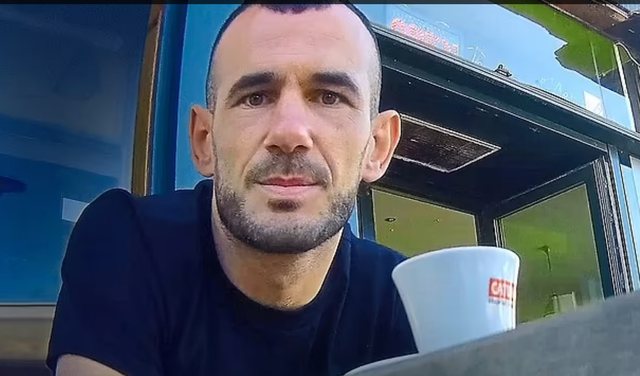 The illegal passage of Albanian immigrants in dinghies through the English Channel was echoed in the local media. A month ago, the prestigious English magazine devoted a series of articles to the illegal crossing and stay of Albanians in Great Britain, who make up almost half of the crossings through the Channel.

This time 'Daily Mail' has written an article about a trafficker known in Albania as the "Golden Lion", who sends migrants to England on illegal routes in dinghies. The "Golden Lion" was confessed to the journalists of the show "Piranja" of Abc News in cooperation with Daily Mil.

Dressed in shorts and a Hugo Boss T-shirt, he told reporters he could arrange places on a boat for less than £9,000 when the weather improved. 'The Lion' demanded £4,500 each to get them across the Channel with the guarantee that the British government would provide them with food, blankets and everything else they needed before putting them up in a hotel. "After that, you can go wherever you want," he said.

To journalists disguised as a couple interested in emigrating to Albania, 'Lion' revealed that he was earning around 1 million pounds a week sending migrants to Britain by dinghy. Within five minutes, the trafficker passed by with a friend on his way to the nearby Le Lion d'Or hotel, where he is staying and from which he got his nickname.

Excerpts from the conversation:

Leo: I'll let you know, I'll write a message as soon as I hear about it

Journalist: They told us 4,500 pounds

Leo: No, we can discuss it for less

Journalist: Well, brother, live. See for yourself that I have problems in Albania

Leo: We'll talk a little later. I pray to God that time is what hinders you, neither me nor the other. If the sea is fine you can go. It's not up to me, it's up to time.

More than 32,000 migrants have crossed the English Channel in small boats or dinghies so far this year - more than they crossed in all of 2021.

Albanians accounted for about 60% of arrivals in the summer period. Rafting trips are very dangerous and sometimes deadly. Here we mention the case of the dinghy with 27 migrants, including children, who drowned when a dinghy capsized in Calais last November.