Are you heading towards the "big fish"? Kim: I'm not a fisherman. Do not give up, citizens should be more demanding 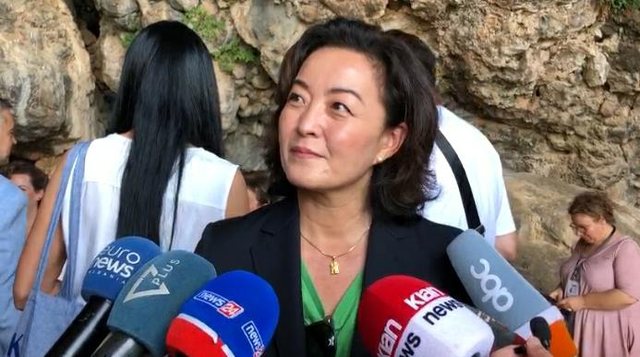 US Ambassador Yuri Kim spoke again about Justice Reform, stressing that it is moving forward, albeit more slowly than people would like. She added that citizens should be more demanding towards the government. Kim added that it is time to move forward and not surrender.

"I have endless hopes for Albania. I think that justice reform is moving forward, slowly, more slowly than we would like, but it is definitely a push forward, people should continue to be dissatisfied, they should be more demanding with their governors, the people they have elected and should move forward.Now is the time to move forward.Don't give up.Some people say justice reform is nothing, we should give up, but no, they are lying to you hand , "Kim said.

These statements were made by the American chief diplomat from Pusteci, where she participated in a cultural activity. Asked by reporters if she was heading towards the "big fish", Kim said she was not a fisherman or a judge, but a diplomat.

The ambassador added that bringing corrupt officials to justice is the responsibility of the institutions, while adding that the latter have started to fulfill their duties.