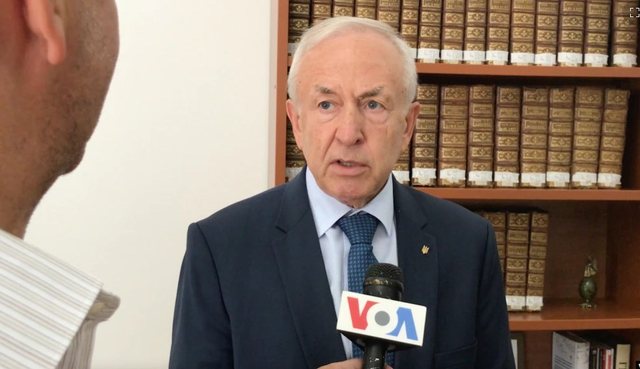 Over 3,000 Ukrainian citizens are currently sheltering in Albania, since the start of the Russian attack on Ukraine 6 months ago.

The Ukrainian ambassador to Albania, Volodymyr Shkurov, says that most of them are determined to return to Ukraine and rebuild their country after the war.

The Ukrainian diplomat also appreciated the help that the people of Kosovo have given to Ukraine during this period.

Almost 6 months ago, few could have imagined that the Russian attack against Ukraine would last so long, much less that the Ukrainian resistance would be so strong.

The Ambassador of Ukraine in Tirana, Volodymyr Shkurov, expressed his pride for the resistance of the Ukrainian people and army against the Russian attack, as well as his sadness at the fact that the war is continuing for such a long period, and that at the end of it, they can be rebuilt buildings and infrastructure, but cannot replace a large number of civilian victims who are losing their lives.

Albania is sheltering over 3,000 Ukrainians displaced by the war, but most of them, says Ambassador Shkurov, are determined to return to Ukraine to rebuild their country after the war.

"We have a special thank you for the people of Albania, who have collected various aid, in funds, medicines, food and other products" - says Ambassador Shkurov.

He gave these comments to the Voice of America, after the Ukrainian Book event at the National Library of Albania.

This is the initiative of the First Lady of Ukraine, Olena Zelenska, so that the Ukrainians sheltered in Albania can find books in their language.

" We received a very strong support from the USA and from the NATO countries, and these aids and support have influenced the progress of the war" - said the Ukrainian ambassador.

Albania is giving Ukraine a very large political support, according to him, at all state levels; from the president, the parliament and the prime minister and up to Albania's presidency in the UN Council.

The first books of this initiative on the history, culture, art of Ukraine, literature by Ukrainian authors and publications for children have arrived at the National Library of Albania.

The project also aims to resist the Russian onslaught culturally, as Russia is trying to destroy Ukrainian identity by leveling libraries and cultural heritage sites.

According to official data, the Russians destroyed several hundred libraries and over 388 monuments of Ukrainian history, architecture and archeology in Ukraine.

Shano light Prime Minister Edi Rama announced this Friday that the government has made the decision to postpone the entry into force of the 800kWh band for...

Zef Preci The Albanian government has withdrawn today from the increase in the price of energy for household consumers. The news was announced by Prime Mi...