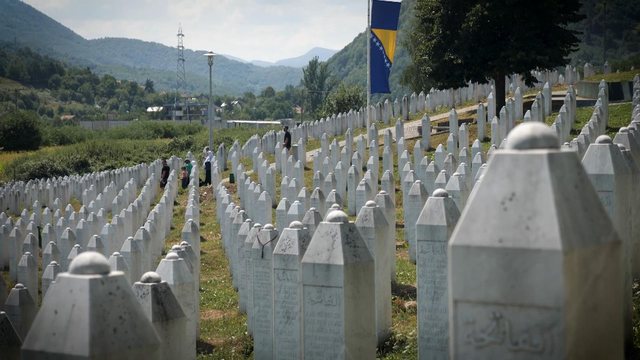 A Sky News analysis reflects the current state of the Western Balkans region and the risk of a potential crisis.

'Sky News' writes that the center of this crisis is Bosnia-Herzegovina, with the suspicion that Moscow and Vladimir Putin are giving the big impetus to the conflicts and the crisis.

"In the Balkans, Europe is watching a crisis slowly unfold. A well-known problem, in a well-known country, but now with the added prospect of Russian intervention", the article reads, as it mentions Bosnia-Herzegovina as the "epicenter" state of the conflict.

But why exactly Bosnia-Herzegovina? The analysis argues that Bosnia's past – ranging from ethnic divisions to denial of the Srebrenica genocide – suggests that sparks of potential conflict in the region may not be far off.

Excerpt from the 'Sky News' article:

Thirty years after its horrific war, Bosnia is caught in a complex, volatile dispute involving ethnic divisions, religious rivalry, genocide denial, horrific memories and the nagging suspicion that Moscow is stirring things up.

The past drives you to Bosnia. It is a country shaped by centuries of ethnic and religious divisions, and still struggling to come to terms with its fractured identity. But it is modern history that is so palpable - the various scars left by three and a half years of brutal war in the 1990s. There were 100,000 deaths in a country of just four million people.

Some of these scars are surprisingly obvious. We stop at a block of flats in Sarajevo, originally built for the 1984 Winter Olympics, and look at the long side wall - riddled with hundreds of holes. They range from small bullet holes to yellowing voids left by rockets and shells.

But these can be repaired. Bosnia's biggest problems are the ongoing trauma, the dangerous tensions that still divide the country, and the sense that it could return to the path of catastrophic war. That nothing, really, has changed.

Just before you reach the border with Serbia, find the town of Srebrenica. It was here that more than 8,000 Muslim men and boys were killed by Bosnian Serbs in July 1995. An act of almost indescribable callousness, led by Ratko Mladic. He assured locals they would be safe and then ordered a shocking wave of violence that began, scandalously, under the eyes of United Nations troops.

The fear of many in Western Europe is that Russia is looking for new places to foment unrest - to distract from what is happening in Ukraine and stretch European unity - and that Bosnia, with its divisions and instability, could seems like the perfect candidate.

Throughout history, the Balkans have often been the site of violence. Few doubt that, if the spark is ignited, it can happen again.