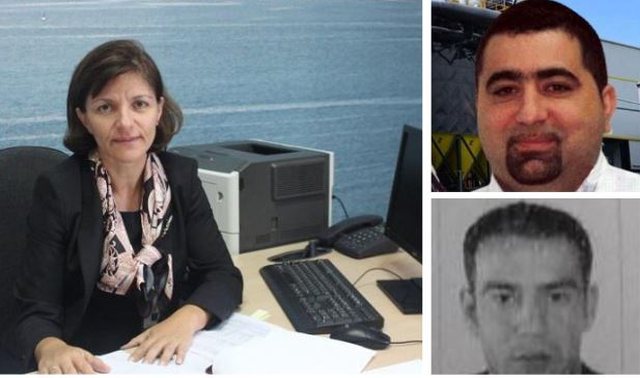 The affair of the Elbasan incinerator started to be designed by the offices of the Ministry of Energy and Infrastructure.

News 24 has the emails that Etleva Kondi, subordinate and close associate of Minister Damian Gjuknuri, exchanged with the bosses of the incinerators, before she was proposed as a representative of the Ministry of Energy, in the commission for granting the concession.

Specifically, on August 26, 2014, Etleva Kondi sends an email to Klodian Zoto, a decision of the Municipality of Elbasan, declaring an environmental emergency.

In the email, she seems to address both Mirel Mërtir and Klodian Zoto, as long as she says "Klodër", meaning Mërtir, who earlier had the name Klodian.

"Klodër, please consider the following: first, the Elbasan municipality must approve this in the Municipal Council (I'm not sure before or after the letter that will be sent to you). Second, it must create a concession granting commission, that we will prepare for him (the law provides that they can take experts in the field, so I can be with a colleague", writes Kondi, among other things.

As it appears from the file, this e-mail was sent 4 months before Koli Bele, general secretary at the Ministry of Energy, proposed her as a member of the concession awarding commission.

The e-mail above highlights the fact that Etleva Kondi, probably with the agreement of the Minister, has been predetermined to be in that position, as she herself writes to Mërtiri e Zoto, that "I can also be in the commission". Another e-mail that the former subordinate of Gjiknuri sent to Zoto is the one dated November 2, 2014. She forwards the concession contract for the incinerator, consisting of 79 pages, electronically.

"Hello Klodre! In the attached draft I have made a general prediction. The color selections need clarifications and modifications, which we will discuss in advance", writes Kondi.

The former member of the concession awarding commission is accused by SPAK of abuse of office carried out in collaboration, for the affair of the incinerator of Elbasan, for which the former Minister of Environment Lefter Koka and the former socialist deputy Alqi Blako are also accused. Mirel Mërtiri and Klodian Zoto, who are considered the bosses of the incinerators, are also accused of corruption and money laundering. BW