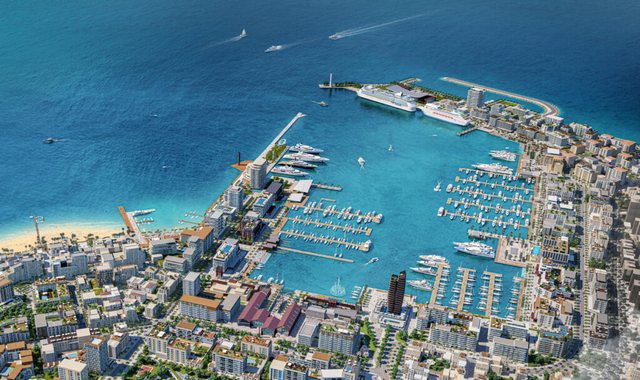 The Assembly of Albania approved the agreement for the realization of the "Durrës Yachts & Marina" project, which, according to the Government, will be the largest tourist port in the Mediterranean.

In Thursday's session, which lasted about 14 hours, after midnight the agreement signed between the Albanian Government and the investor from Dubai, Mohamed Alaabar, was approved.

The Assembly of Albania has 140 deputies, while at the time of voting there were 111 deputies present in the hall.

Prime Minister Edi Rama was not present at the time of voting.

The session was accompanied by fierce debates and was interrupted twice, due to tensions created during the speech of the head of the Democratic Party, Sali Berisha.

Rama, during his speech in the Assembly, defended the project, describing it as historic.

"The investment is worth 1.2 billion euros. It will be an extraordinary economic engine for Durrës and the whole of Albania", said Rama, responding to the opposition's criticisms and accusations about the agreement.

The opposition considers the Durrës Port project as one of the biggest affairs of the Rama Government.

The head of the DP Parliamentary Group, Enkelejd Alibeaj, said that crime money will be cleaned in the Port of Durrës.

The agreement for the realization of the "Durrës Yachts & Marina" project was signed on August 11 of this year between the Albanian Government and the Arab investor, Muhammed El Alabbar.

A few days after the signing, there was a reaction from the office of the European Union delegation in Tirana, asking for more transparency and clarity.

On November 23, the EU Office in Tirana announced that the grant of the Investment Fund for the Western Balkans for the port of Durrës has been cancelled, due to the modification of the project.

The value of this grant was 28 million euros.

But, on Thursday during her speech before the deputies, Deputy Prime Minister Belinda Balluku said that the cancellation of the grant was requested by her in 2019.

The DP has filed a lawsuit in the Constitutional Court and has informed the international partners, as it claims that the project violates the Association and Stabilization Agreement.

With the start of the implementation of the agreement with the Arab investor in Durrës, the commercial port will have to be moved to Porto Romano.

According to Balluk, this new port will not only meet the needs of Albania, but also of Kosovo./ REL