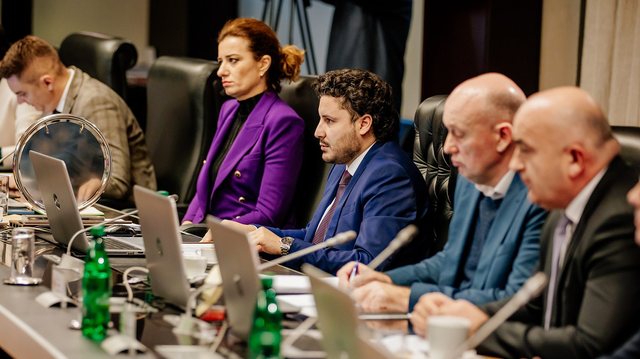 Montenegro's European Affairs Ministry criticized the regional Open Balkans initiative in an analysis published on Friday, saying the project is not transparent and relies too much on the good relations of "charismatic leaders".

The Open Balkans Regional Initiative, led by Serbia and joined by North Macedonia and Albania, has been opposed by Montenegro, Kosovo and Bosnia-Herzegovina, some of whom see it as an undesirable substitute and distraction from integration. European.

"The project does not have a roadmap, strategy, institutional framework, nor an agreement that establishes what guarantees an equal relationship and position of the countries participating in it... It relies on the relationships of charismatic leaders and on the procedure between high levels. the summits are not transparent enough", says the analysis, Balkaninsight writes .

At a summit in 2019, Albanian Prime Minister Edi Rama, then-Prime Minister of North Macedonia Zoran Zaev and Serbian President Aleksandar Vucic pledged to work together on this initiative. They also invited other Balkan countries to join, but Montenegro, Kosovo and Bosnia and Herzegovina have not done so.

Bosnia and Montenegro have both said they see no particular benefit from it, as the facilitation of travel and trade is already covered by the broader CEFTA trade agreement between countries in Southeast Europe, while Kosovo's leader, Albin Kurti, has said would prefer an improved version of the CEFTA agreement.

At the Open Balkans summit in Ohrid, North Macedonia, on June 8, the outgoing prime minister of Montenegro, Dritan Abazovic, said he viewed the initiative favorably but would first have to weigh all the benefits against his cabinet before making any decisions.

On June 19, European Affairs Minister Jovana Marovic announced that the government will form a commission to analyze the initiative. But Marovic resigned on Friday, saying political tensions in Montenegro were blocking reforms needed for EU membership.

In the analysis, the ministry also warned that initiatives to remove barriers to the movement of goods and people between Balkan countries could be dangerous, possibly aiding organized crime activities in the region. The ministry said that the initiative still lacks concrete results that show the success of the steps taken so far.

Opposition parties strongly oppose joining the initiative, insisting that Montenegro should focus on the goal of EU membership, while pro-Serbian parties in government and Albanian Alternative support it as a way to improve regional cooperation.