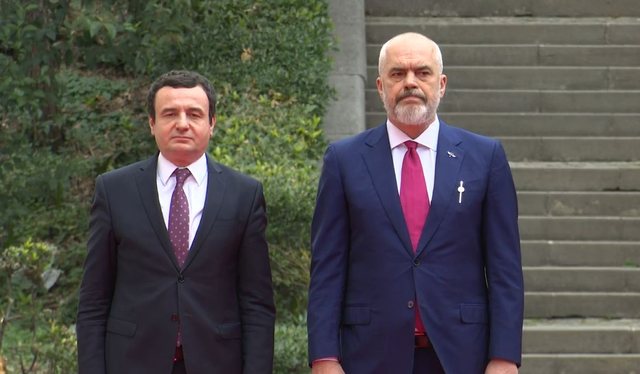 On Monday, Prime Minister Edi Rama will be in Kosovo for an official visit. The Prime Minister's visit comes after a fiery speech in favor of Kosovo at the UN and when the Serbian military forces are on the border with the state of Kosovo.

His visit to Pristina comes when the situation between Kosovo and Serbia is quite tense and both sides have deployed military forces on the border.

Rama's first meeting will be with Prime Minister Albin Kurti, with whom he will discuss the latest tensions with Serbia, but this will also be the first meeting between the two prime ministers after the replies they had at a distance about "Mini Schengen". .

The position of the Albanian Prime Minister on the reciprocity of license plates with Belgrade is expected to be published at a press conference.

Rama will not meet with President Vjosa Osmani or Parliament Speaker Glauk Konjufca. But he will meet with three opposition leaders: Ramush Haradinaj, Memli Krasniqi and Lumir Abdixhiku. During his stay in Kosovo, Rama will also decorate the academic, Rexhep Qosja.

We recall that today the Foreign Ministry of our country has called on Serbia to withdraw its armed forces so as not to incite violence and unrest in northern Kosovo.