"I did not know what foreign newspapers wrote about her", says Liri Berisha: How did I get to know Mother Teresa 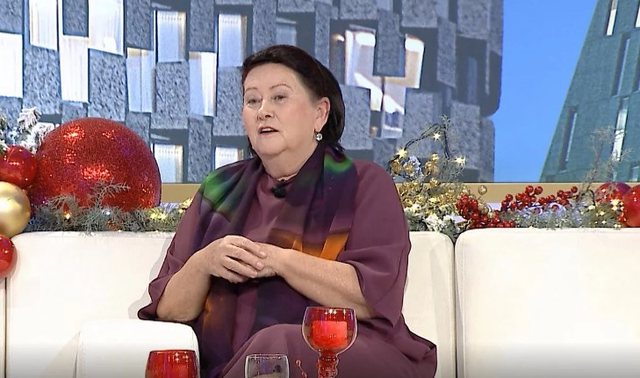 The former first lady of Albania, Liri Berisha spoke more about the book she dedicated to the great figure, Mother Teresa.

Invited to the show "Rudina" on TV Klan, Berisha told about his memories with Mother Teresa and how he knew her since the age of 15, at a time when he did not know what foreign newspapers wrote about him, but in Albania nothing was said.

"I met Mother Teresa at the age of 15, at a time when I did not know what foreign newspapers wrote about her, when in Albania no word was spoken, no one knew her. Deep down, her name took me to her family and her origins, which I had heard spoken of with great reverence for that family.

Then on Kavaja Street there was a house where Mother Teresa's sister and mother lived. We often went there, there I met her mother and sister and I was very impressed as in our family it was discussed about those ladies with a kind of reverence and pity.

One day, when I asked my mom who those two women were, she told me that they are not women, but ladies. At that time the word lady was forbidden, she was a allowed companion. Then she told me the story of her family, about Mother Teresa and how she was dedicated to a mission in India ", said Liri Berisha.