Kraja warns: Political ties will not protect anyone from SPAK; requests the extension of the mandate of prosecutors 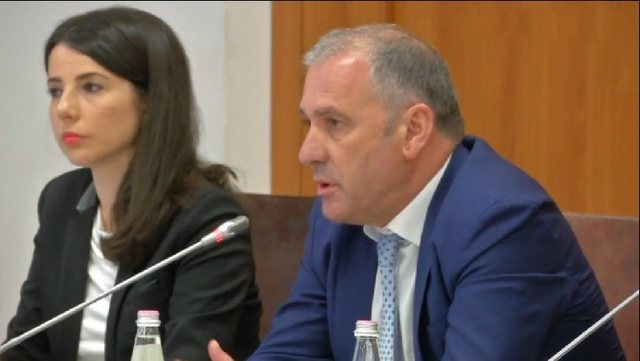 At the roundtable gathered for the 5th anniversary of the Justice Reform, the head of SPAK, Arben Kraja, requested the extension of the mandate of prosecutors.

Kraja said that this has been an intensive year for the institution he leads, while emphasizing that the trust of citizens in justice has increased. The head of SPAK has requested suitable facilities for BKH members, a problem raised by him even earlier.

"For SPAK it has been an intensive year, concrete products are being given, it is seen in the expectations in relation to the partners, it is seen in relation to the public, there is an increase in people's trust, we must be aware that between expectation and realization are two concepts of different, it is time to throw 2 moments related to our work, the need for a suitable environment for BKH, to sit down and find a solution " , said Kraja.

The latter said that SPAK will go to the end of the cases, regardless of who may be involved in them. He stressed that impunity for reasons of political affiliation or for reasons of financial support will end.

"To be aware that between expectations and the opportunity to realize it are two different concepts, expectations are based on opinions, but we work on the basis of evidence, but still this does not prevent us from going to the end of all the cases we have or we will have in the future no matter who the characters involved are.

"The concept of impunity for reasons of political affiliation, for reasons of financial support or because of the dangerousness of the people we deal with will end, we work with the principle that everyone is equal before the law and so we will continue to the end," he said. Kraja.