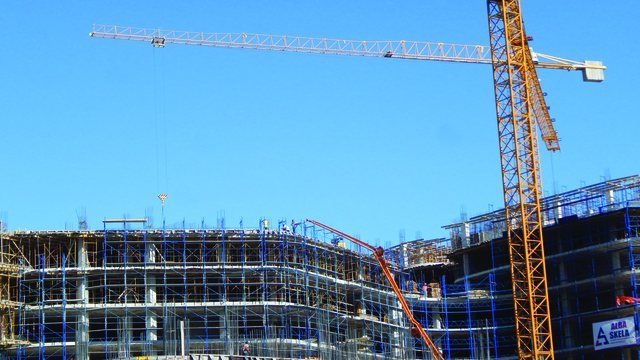 The operation that was introduced and started with such fanfare by Prime Minister Edi Rama himself, has remained a 'mystery' just like the additional floors of the 9-storey building, which the Minister of Energy Belinda Balluku said were a 'mystery' for the construction method.

Rama, in the presentation of the new General Director of the State Police, Muhamet Rrumbullako, called on the latter not to allow the flourishing of additional floors erected without permission, as he drew the attention of the authorities.

Therefore, the government undertook the action of confiscation of unauthorized allowances, for which it has so far declared two cases of confiscation.

"It is unacceptable that the floors and additions flourish without permission in the palaces that the Kamurites build both in the sea, in the sand, in the middle of Tirana, and even here next to Skënderbej Square, because the palace does not scream, see how much I longed for you short-minded people. Immediate, merciless action against these wealthy lawbreakers. They have made the line of the law like a rope that they jump with all kinds of stunts, they show their teeth to the citizens and kiss the feet of the rich", said Rama.

Rama delegated the task of supporting the operation to the National Inspectorate of Territory Protection, while the Police Surveillance Agency would identify the buildings that were built in violation of the law.

A day after Rama's order. Belinda Blaluku appeared in a 9-story building in the Farka area, from where she declared that it was a "mystery" how the construction of floors was allowed without a permit.

"This is the most flagrant, symbolic example of breaking the law. 9 floors of construction without any papers. How it happened is a mystery to us ," said Balluku.

After her, it was the turn of the Minister of the Interior, Bledi Çuçi, who, from the Farka area, was located next to a building with an additional 1200 square meters without a permit. "The groups are continuing to identify all over Tirana and the action will be extended to the whole of Albania", said Çuçi.

About three weeks have passed since Rama's statement and the operation of 'disappearing' additional floors or violations of the law is nowhere to be seen. The confiscation action has remained suspended or at least until now, there is no public release or statement from the relevant authorities.

Prime Minister Edi Rama has reacted after the statements of Aleksandër Vucic that no representative from Serbia will be in Tirana for the EU-Western Balk...