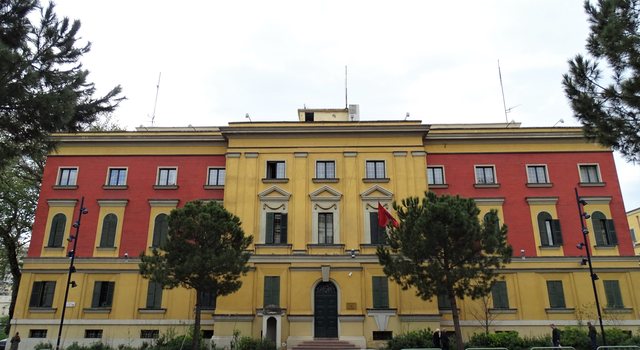 A Public Finance Management Strategy implemented by the Ministry of Finance has generally been met except for the monitoring of concessionary contracts with Public-Private Partnerships (PPP), with which it appears to have failed.

As announced by the Minister of Finance, out of 228 concession contracts, only 184 of them have been monitored. 20% of contracts are left out of this process, which is now a legal obligation. Also, the Ministry of Finance failed to publish the monitoring report for the 184 monitored contracts, even though it has undertaken a legal commitment for this action. That is why PPP contracts are the most financed projects in terms of state treasury payments.

"The output objective regarding the ratio of contracts monitored by MFE against total signed contracts (PPP and Concessions) was not achieved as intended for 2021, but progress has been made nonetheless. During the period June-December 2021, MFE managed to obtain information from the Contracting Authorities for 184 out of 228 contracts. With the information received so far, MFE has managed to monitor about 81% of all contracts (PPP and concessions)", the Ministry of Finance further reported.

The finance report states that there has been a lack of progress in the monitoring process of PPP contracts due to the lack of periodic reporting by the Contracting Authorities.

It is further clarified that the risks that affected the implementation of this indicator are related to the internal organization and human resources of the Contracting Authorities, because it was not possible to divide the roles and responsibilities for reporting and also in some cases they did not have resources sufficient human resources to fulfill their reporting obligation.

"The MFE will continue to make Contracting Authorities aware of the importance of the process of monitoring and reporting concession/PPP contracts, sending them an official letter from time to time to emphasize their obligation to forward periodic reports on these contracts to the MFE" , the report says.

The work to create a Unified List of Projects, which would also include PPPs, for all projects, regardless of the source of funding, has progressed well, the Ministry of Finance emphasizes. One of the challenges faced by the process of creating a new department is the drafting of the unified legal framework for MIP and PPP. The merger process will require capacity building in the field of PPPs.

Some time ago, the World Bank, which is also the largest donor of the Public Finance Management Strategy, pointed out that the Albanian government often channels public spending into non-priority projects, while it is reluctant to raise and strengthen the capacities of the concession monitoring unit. ./Monitor