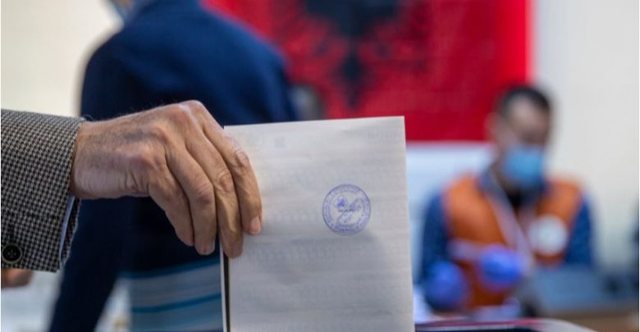 The European Union has reacted to the OSCE final report on the April 25 parliamentary elections.

In a Twitter post, the EU delegation wrote that the report confirms that the elections were generally well-organized and that the CEC oversaw the process in a transparent manner, but there are also concerns about the misuse of the administration by the ruling party and other political figures.

According to the EU, the data from the report raise the need to further improve Albania's electoral framework in line with OSCE / ODIHR recommendations. The European delegation has provided support to address the changes as a matter for the next legislature.

On the other hand, the EU demands the completion of the investigations and procedures initiated for allegations related to vote buying and the use of personal information.

"We also encourage the competent Albanian authorities to complete the outstanding investigations and procedures for alleged vote buying and the flow of sensitive personal information . " says the EU post.

The OSCE / ODIHR Election Observation Mission's final report on Albania's parliamentary elections, which took place on Sunday 25 April, confirms that the parliamentary elections were generally well organized by the election administration and that the Central Election Commission was reformed ( The CEC) oversaw the election process in a transparent manner, enjoying the trust of stakeholders.

It also confirms concerns about the misuse of state resources or official functions by the ruling party and other public figures.

The final report provides recommendations to further improve the electoral framework in Albania in line with OSCE commitments and other international standards for democratic elections.

We encourage the new Parliament to engage in a constructive dialogue to address the recommendations as a matter of priority in the next legislature and to adapt the existing legal framework long before the next elections.

We also encourage the competent Albanian authorities to complete unpaid investigations and procedures for alleged vote buying and the flow of sensitive personal information. #EU reiterates its commitment to work together with #Albania in addressing OSCE / ODIHR recommendations.