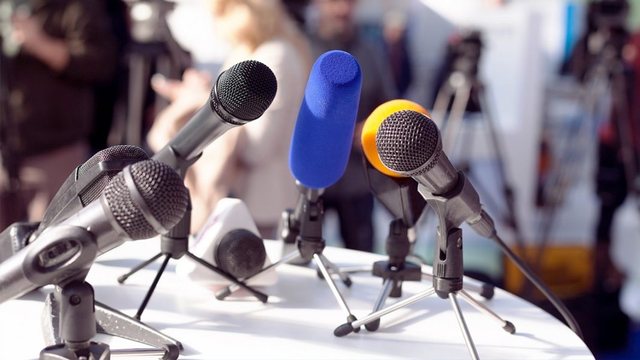 The Safe Journalists Network, which operates in Pristina, Skopje, Sarajevo, Zagreb, Belgrade, Podgorica and Tirana, has reacted regarding the attitude that Edi Rama held towards A2CNN journalist Klevin Muka.

In a statement, the network expresses concern that any attack on journalists is an attack on the public interest, democracy and the rights of all citizens.

Last Friday, July 1, during a press conference with journalists, the Prime Minister of Albania Edi Rama told Klevin Muka, a journalist of the A2 CNN TV station (CNN branch in Albania) that he is not allowed to participate in any other conference for the press of the Prime Minister for the next three months and that he should be sent to "re-education" for what Rama considers unethical behavior on the part of the journalist.

Klevin Muka asked Minister Olta Xhaçka about her conflict of interest as a minister with her husband as a strategic investor of the Albanian government in the tourism sector. Rama did not let the Minister answer, on the contrary, he publicly described the journalist as unexpected in the next conferences.

The representative of the Network of Safe Journalists in Albania, Blerjana Bino, explained that it is the second time that Rama acts in this way with journalists during press conferences when he does not like the question.

"The prime minister denied the journalist the right to receive an adequate answer to a question of public interest. Kelvin's question, if answered, would have left Minister Xhaçka and the Prime Minister a window to shed light on the issue of conflict of interest and would have given the public more transparency on the issue in question. Instead, once again, the prime minister chose arrogance over transparency and closing the door to journalists, especially the good ones," said Blerjana Bino on this occasion.

Bino also expressed concern about the lack of solidarity among journalists during the conference.

"However, now the media community and independent organizations and CSOs are rallying behind Klevin in an effort to support critical and quality independent journalism. We definitely need more solidarity among journalists in Albania and wider alliances for media freedom", concluded Bino.

Any attack on journalists is an attack on the public interest, democracy and the rights of all citizens.

Association of Journalists of Kosovo

Association of Journalists of Bosnia and Herzegovina

Association of Independent Journalists of Serbia

Mozzik makes a public request to Dua Lipa: Ask for days since you are in Kosovo