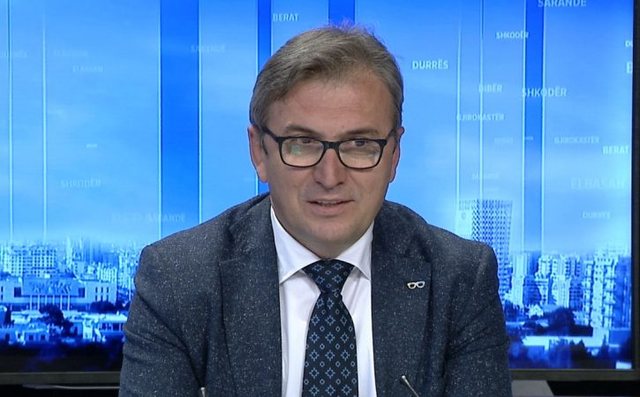 The head of the National Emergency, Skënder Brataj, commented on the departure of the infection doctor, Tritan Kalo, from the Technical Committee of Experts, as well as the departure of Najada Çomo to engage with the Socialist Party in the April 25 elections.

In an interview for "News24", Brataj told Kalon that it is his decision, while adding that he is sorry, although according to him, Albania does not have only him or Kalon, but also other professionals.

While Çomo's involvement in politics, Brataj sees as something positive, as he said that politics should give the opportunity to professionals, including doctors.

Excerpts from the interview:
-How do you see Kalo's departure from the Committee of Experts?
Brataj: I heard it from the media and from the message of Prof. Kalos himself. Personal choice, but he had explained several reasons to his status, from external, internal pressure. I am sorry for a professional, I cooperated a lot with him and I will cooperate, but I believe it is a personal choice. I am sorry that it will not continue to be, because it is one of the best, it is complete, but I believe that Albania does not have only me or Prof. Passes, there are others.

-The election campaign, Najada Çomo leaves, leaves the profession, to join politics… this does not leave a perception that politics interferes with you?
Brataj:I have been in touch with Albania all the time and I have always said that a good politician is the one who finds good professionals and uses them. Even now if politics finds professionals, use them. Why doctors should stay aside. Even Professor Najada, is really one of the pillars of the health system and will not abandon it no matter what the situation. I believe that she also has good colleagues in her team and I do not believe that she has left anything missing to continue further. We all do the criticism very well. It is true that many people take advantage, I also had clashes when I arrived, but only by participating do things change. Change starts in politics, that's where the head is.