Elections, Topalli presents the candidates who will compete in the district of Tirana 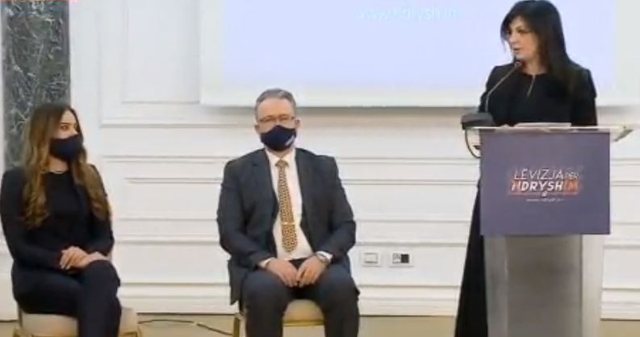 Topalli with the candidates

The chairwoman of the Movement for Change party, Jozefina Topalli, has presented this Tuesday the candidates who will run in the Tirana district in the April 25 elections.

Topalli has rated this list as the best in 3 decades. Topalli said that they are doctors, professors, and young people with excellent results.

Topalli has also made accusations against the current political class. According to her, more Democrats are outside the DP.

"We will replace cynical politics with politics of hope, we do not have to be less courageous, than the other half that halved the old parties, more with recycling of the same people, who have tried every post, more than just want lies and enrich their family, beyond the three, Rama, Basha, Meta, there are Albanians and patriots who can govern more responsibilities, they are the main responsibilities that in Albania there is no hope and not even a real right, only It happens to us that there is not so much government or opposition, there are more democrats outside the DP, they are responsible for the terrible inequality between billions of thugs and the poor, our invitation is not for those who do not change their minds, to return the hope of "Albania does not belong to Rama, Mona, Meta, and Lulëzim" , said Topalli.