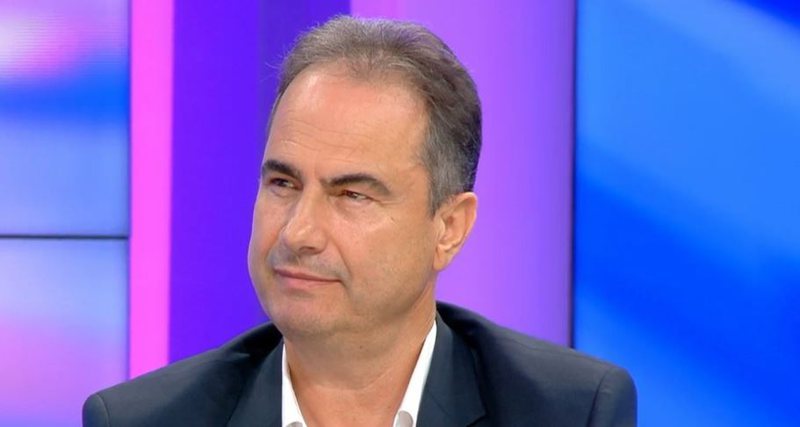 My America has come to me as a community of fragments of a large space, somehow cosmic, impressive, with elusive dimensions, within which admiration, curiosity to "conquer" it with knowledge, fear of revelation, and nightmare to hide it were mixed.
The first conversations understood and implied from the 85s, when I was a high school student under the constant pressure of indoctrination, I could share at that time with my close basketball friend Said Gj., (today an American citizen) the grandson of one of the most persecuted by the regime (I would learn this fact years later). They were not political at all. Just filled with love for something forbidden.
Under our titanic efforts to catch the airwaves of RAI, Skopje and Tele Norba, "unintentionally" America was naturally interposed between us. Initially with the appearance of basketball player Michael Jordan driven by sports passion. Then Merlin Monroe, James Dean, Marlon Brando, Elvis Presley, Frank Sinatra, Ted Aster. A little later it penetrated with the creations of Jack London, Mark Tuein, Faulkner, Dreiser, Hemingway, Whitman, Poe, Stainbeck, Fitzgerald, etc.
Somewhere it appeared through JFK, Nixon, Jimmy Carter, to reach the "cowboy" Reagan.
Everything else after that was "capitalist".
This is how America took root, under the guise of a grand mystery full of attraction within an unconditional love.
This was at the same time our artistic-emotional "decisiveness".
It was an untold love. The love that every member of my generation, but also of the previous generation, kept inside themselves, secret, but planted there to wait for the day of the show.
No institution of dictatorship, even punitive, could take away America from anyone.
Each of us had it with us and kept it as the most precious thing.
Everyone had their own America.
Some were even more advanced. On the same wavelength as VOA. Their America was even more complete.
After that, the first paragraphs of Tokevilli began to tease the reason. America's strength was its democracy, he insisted. The superpower we have would be born from it. The breakthrough happened with Baker and the worship moved to the political stage, to reach the peak with George Bush, who, like Wilson, showed that support for Albanians is a blessed support.
The reason to love America became greater than the excitement of early youth. It happened to all of us. Many even wanted to embrace it as a dream already touched.
Saidi, my friend is one such.
Others asked us to install it here.
Thanks to this unwavering American support, today America is back where it was. Covered with admiration and appreciation.
It is within each of us.
A great state, built on the basis of democratic principles, values ​​and standards that are based on human rights and freedoms.
Only with one difference. Today the race among us to show love to America is frenetic and unfair, in the face of the right to love it unconditionally, and that beautiful secret of the past has faded.
Meanwhile, out of line with the dream, the measure of America within us is attempted to be measured by fluid and random parameters, forgetting that we must give each one his own America, the America that belongs to him, what he has infinitely invested within himself. for him, for himself and for his country.
No institution can determine this measure, because it simply does not have a measure.
Whatever the moments may prejudge, America is there with us, unchanged, as the first love sincerely born and naturally magnified under the light of a common human and democratic destiny.
Happy Independence Day my America!
Happy USA!
GOD BLESS AMERICA!