Covid-19 in Albania / 20 loss of life, after the reduction of tests, the number of infections also decreases

Pfizer delivery delayed by 24 hours, when 15,210 vaccine doses are expected to arrive

America for Biden and Biden for Kosovo 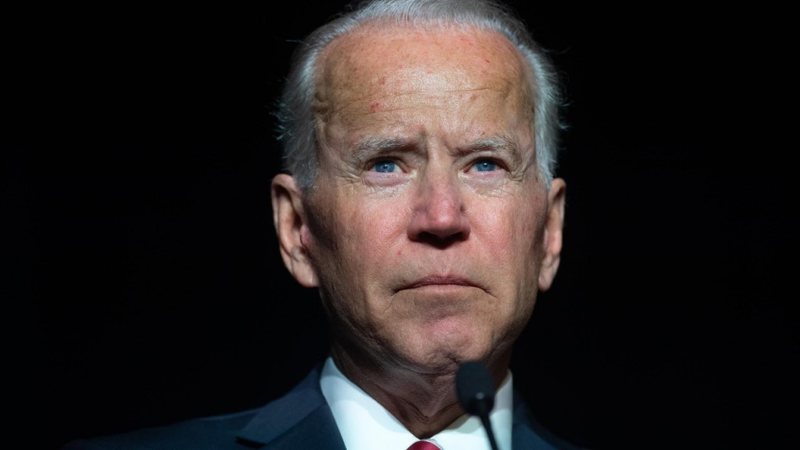 America elected President Biden to manage over many of the domestic challenges the country has and to overseas, restore the most active, cooperative, and leading, American role. It is estimated that the President-elect was precisely the right leader for the US at this time. He could be the most appropriate American President for Kosovo.

Mr Biden is expected to do more for Kosovo than his predecessors. The professional and personal connection of the President-elect with Kosovo is close. He would like to close the open issues of Kosovo and affirm it in the Euro-Atlantic institutions. For this to happen, the intentional and continuous engagement of Kosovo institutions and the mediation of this engagement by the Albanian-American community will be needed.

America, however, gave President Biden a convincing victory. Biden secured the lead in many key states: he rebuilt the "blue wall", winning the states of Wisconsin, Michigan, and Pennsylvania, won in Nevada and is on track to confirm surprise victories in Georgia and Arizona. So far Biden has reached 279 votes of the electoral college, crossing the threshold of victory of 270 votes. President-elect Biden received 74.6 million popular votes compared to 70.4 million for President Trump. President Trump's potential legal disputes do not look very promising; the Trump campaign has the challenge of trying to do these in many lost states. The final count and then the certification of the elections will take several weeks.

This election was seen more as a referendum on President Trump, especially appreciating his management of COVID-19. Biden was chosen to improve COVID-19 control, ensure economic recovery, continue the fight against systematic racism, and provide quality health insurance for as many Americans as possible. These elections also addressed what character of the President the Americans wanted, between that of the often unpredictable businessman and conservative activist Trump or the experienced statesman, the moderate politician and empathetic Biden man. In the end, it was realized that a large mass of Americans supported President Trump, but not enough to enable him a second administration.

Joe Biden received large numbers of votes in the polls that mostly vote for Democrats, but also received votes from predominantly Republican settlements. With his penetration in Georgia and Arizona and a serious attempt at victory in Texas, he exceeded his party base and fulfilled his candidacy promise. What a moderate leader, from a working-class family, would know how to communicate with all of America and secure its support to become President.

I am convinced that Joe Biden will be the first American President to visit an independent Kosovo. This would be just a symbol of the stronger support that will come from Biden, for Kosovo and the Albanians. As Vice President, Biden visited Kosovo in August 2016.

Biden knows the Kosovo issue well, much better than any other possible candidate for US President, Democrat or Republican. He has dealt with Kosovo since joining, and where he later chaired, the US Senate Foreign Relations Committee. He was the initiator of the resolution authorizing President Clinton for US intervention against Serbian forces. He has always defended the independence and territorial integrity of Kosovo.

Putting Kosovo on the agenda: the role of institutions and Albanian-Americans

First, the Biden administration could assess the Kosovo-Serbia economic normalization agreement - which points could stand and which were rejected because they did not fit the vision of the new administration.

How could the Kosovo-US relationship with President Biden be further deepened, such as to increase US economic cooperation and investment in Kosovo? The administration may be interested in the progress of court cases in the Special Court. Is a fair process based on professionalism taking place? Is the Court reviewing cases made by both Serbs and Albanians, in order not to be biased against Albanians? Congressman Eliot Engel raised concerns about this being further confirmed by recent indictments.

Can the Biden administration secure Kosovo's membership in NATO and then in the United Nations? How could Kosovo-Serbia relations be normalized with mutual recognition, with American support? While normalization is more important, how should Kosovo act, with the help of Biden, so as not to remain hostage to its international subjectivity due to Serbia's objections?

Leaders and the wider society in Kosovo could benefit from working with President Biden but will need to be more proactive. Kosovo must come up with concrete ideas and positions and must strengthen them with continuous work and engagement. Kosovo should not expect that America will articulate Kosovo's strategic interests, but that America could support and implement those strategic goals articulated by Kosovo. Of course, all of this means that Kosovo's leaders must be unique in key foreign policy matters — which is not the case.

Albanian-Americans can help. Kosovo needs to engage not only through costly lobbying companies that do not always deliver on the promised benefits. Kosovo institutions should jointly with representatives of the Albanian-American community, with a new Albanian lobby, jointly draft the terms of a special US-Kosovo and US-Albanian relationship. What does Kosovo aim to have in this relationship and how can it become the most useful partner for America, both as a friendly country and as a country with an active Albanian-American community.

President Biden could create the space to deal with Kosovo, especially if the Kosovo factor, along with the Albanian-American one, prepares for it.

There are many reasons why I encouraged the Albanian-American community to vote for Biden. Biden will do for America and he can do for Kosovo. It is a good feeling to be on the side of victory after the elections, but especially to be on the side of justice, for America, the world and Kosovo. Mr. Biden knows this feeling very well, and thanks to her he managed to become the elected President of the United States.

* Originally published by the newspaper "Express", in Kosovo. The author is a professional in the field of international development and works in the private sector in Washington, DC He holds a Master's degree in International Relations from Columbia University in New York.

" Good morning and with the new railway Tirana-Rinas-Durrës, which will finally start construction after the finalization of several years of work with t...

The Democratic Party and the Socialist Movement for Integration signed the agreement between them on Monday for a coalition in the April 25 elections. With t...

The Special Prosecution against Crime and Corruption has arrested three officials of the Ministry of Defense. The SPAK move comes about a year after the Demo...

New concession of 100 million euros, PD request to the CEC: The government is...

Rama after the meetings in Brussels: Positive day in a difficult moment for e...

"We have done our job", Rama criticizes EU in Brussels for vaccines: We set a...

Rama posts photos from Brussels, meets with Borrell and Varhelyi

Meta 'bet' on the elections: If Rama wins 71 seats, I will resign on April 26

Who cares about the appearance of Meghan Markle

New concession of 100 million euros, PD request to the CEC: The government is violating the election rules, measures should be taken

Rama after the meetings in Brussels: Positive day in a difficult moment for everyone

Covid-19 in Albania / 20 loss of life, after the reduction of tests, the number of infections also decreases

Who triumphed in "Golden Globes 2021"

Meta strong call from Durrës: Whoever touches the vote, will get the deserved answer