Analysis / Political scientist sees loss in Basha's 'miserable advisers'. What was missing from the PD campaign and Rama shot at the target 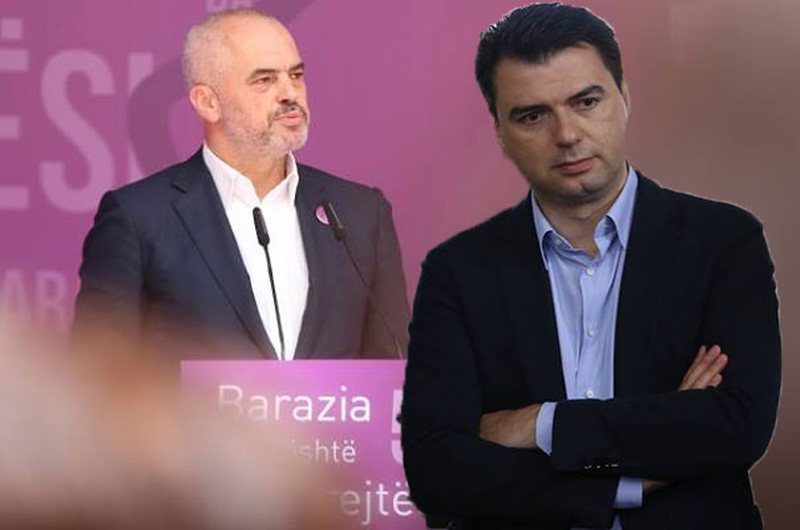 In an analysis for the daily 'Panorama', political scientist Blendi Kajsiu, a lecturer at the University of Bogota in Colombia, sees Basha's loss in the vague or inappropriate message and the symbolism used to support it. Indirectly, he blames the Democratic Party campaign advisers who could not, or did not, day to formulate the right message for Basha.

Even four years ago there were campaign advisers blamed for the loss. Former Prime Minister Berisha called them 'Basha's miserable advisers'. The accusation was related to Basha's decision to be in tune with Rama, focusing on the attacks on the SMI and Meta.

Below are the main parts of the analysis:

One of the main theories to analyze the behavior of political parties in a bipolar system like ours is the Median Voter Theorem, developed mainly by Anthony Downs.

Although the theory is complex, the basic idea is very simple: the party that is closest to the majority of voters wins the election. The middle voter, a theoretical concept more than a real voter, is simply the position where a party attracts the majority of votes.

One of the implications of the theory is that to win the election, a candidate or political party must emphasize the political dimension where it wins the majority of votes. Surveys are used for this purpose and this is the main job of consulting firms. They should identify and emphasize the dimension where their candidate wins. Political dimensions are not constant, they change.

Today corruption is a dominant dimension in the Albanian political sphere, tomorrow another dimension may take on importance, such as violence against women or nationalism. In journalistic language, the political dimension that dominates a party or candidate is the fable that helps it to win the majority of votes.

So, every candidate must build a fable (anti-corruption, nationalism, democracy, development, integration, etc.), which helps him win the electoral majority. The fable is not built simply with words, but with symbolic acts, with concrete characters and actions.

… Now we come to the 2021 elections. What was the fable of the opposition? That there was no clear fable seems to be in the empty slogan of the opposition campaign "Together for change: Albania wins".

This slogan does not clearly define any of the main dimensions of the Albanian political debate such as democracy, corruption, or economic development. Compare this slogan with that of the PD of 2005: "With clean hands", which clearly defines the anti-corruption dimension. Or with the slogan of the SP, "Albania is our future: there is no time for rest", which clearly identifies the socialist fable "We work".

The PD fable was not only unclear but also contradictory. It is difficult to convince Albanians that he is bringing change while offering them the same faces that have tired them during the transition as Meta, Berisha, Kryemadhi, Mediu, or Duka. This naturally raises the question, why the opposition did not clearly identify an anti-corruption dimension, pro-democracy or pro-development, while Albanians were tired of the corruption scandals of the Rama government, with the lack of development and democracy?

He did not do it because he did not attract the majority of Albanians in any of these dimensions. In the anti-corruption dimension, none of the main scandals of the Rama government, such as the ghost tender of the Great Ring Road or the connection of the Minister of Interior, Tahiri, with cannabis traffickers, exceeded the Berisha and Berisha-Meta government scandals, such as Gerdeci or 7% video of Ilir Meta.

In other words, in the anti-corruption dimension, the offer of the opposition with the SMI did not attract the majority of the electorate. The same thing happened with the democracy-authoritarian dimension. Although the opposition and its analysts denounced Rama as a dictator, Putin and Erdogan, in the Rama government no opposition was killed in protest as happened in the government of Berisha, Meta and Basha.

Rama's comparison with Erdogan was particularly lame at this point. The latter is an exemplary family man, a conservative autocrat who physically abuses the opposition and uses his power to enrich the family, from the son to the groom, who has been embroiled in many scandals and have become terribly rich during his rule. In this respect, Erdogan is much closer to Berisha than Rama.

Finally, the dimension of misgovernance or economic development did not work for the opposition because its leader, Basha, does not appear in opinion polls as a more hard-working politician than Rama or Veliaj. While the latter used the Municipality of Tirana to create the image of a "hard-working and quiet" politician, this did not happen with Basha. So, even in this dimension, the opposition did not attract the majority of the electorate.

In these conditions, it is not a coincidence that the opposition campaign focused on the fable "Luli, good boy". In this dimension, "good boy - bad boy", Basha won against Rama. It was the only dimension where Basha dominated Rama. Polls showed that negative perceptions of Basha were lower than those of Rama. In other words, most citizens perceived Basha as a much more normal politician than Rama, who even among himself was perceived as abnormal.

It was the best possible strategy, given that the opposition bid did not dominate any of the other dimensions (corruption, democracy, and governance). And, in fact, he started to give results and scare the socialists who, together with the analysts next to them, responded to the fable "Luli, good boy" with the fable "Rama, real boy" and not fake like Basha.

However, the fable "Luli, good boy" did not work for two reasons. First, the "good boy - bad boy" or "normal-abnormal" dimension was not dominant. It was not an aspect that bothered the electorate as much as corruption, governance or democracy.

In fact, for many citizens, only an abnormal person like Rama could do something in an abnormal country like Albania. Secondly, Basha's image as a good and normal boy contradicted the acts and characters of the opposition.

The assassination of the SP militant by the Democratic Party in Elbasan and the call for violence of candidates like Xhelal Mziu or President Ilir Meta blew up the fable that Luli could bring normalcy to Albanian politics. In other words, Luli was a good boy, but with bad friends, because the level of negative perception towards Berisha and Meta was extremely high.

So, the DP did not win more votes than the SP because it lacked fables. The Socialists dominated the dimension of governing with the fable "we work", while they were not seriously endangered by the opposition in either the dimension of corruption or that of democracy.

While the socialists told the Albanians that we have made mistakes and corruption, but we work and do something, the opposition said we offer you Luli who is a good boy. That the gray majority did not choose the latter is not a big surprise. At this point, opposition readers, after denouncing me as Edi Rama's garbage, filth and greed, will surely ask: why do I not deal with crime and vote-buying? Because it is a fable that will never bring the DP to power.

To argue that crime, vote-buying, and state capture do not let you win means avoiding the question: Why should you come to power? Unfortunately, the fable that the opposition built yesterday and is developing today tells Albanians that it should have power, but does not explain why.

A political party that has been building the story "we steal our votes" for eight years as the main fable, finds it very difficult to attract the majority of voters. The gray voter who makes the difference can not vote for the DP as long as it uses public space to mourn its plight more than theirs.