Love for the US does not need intermediaries 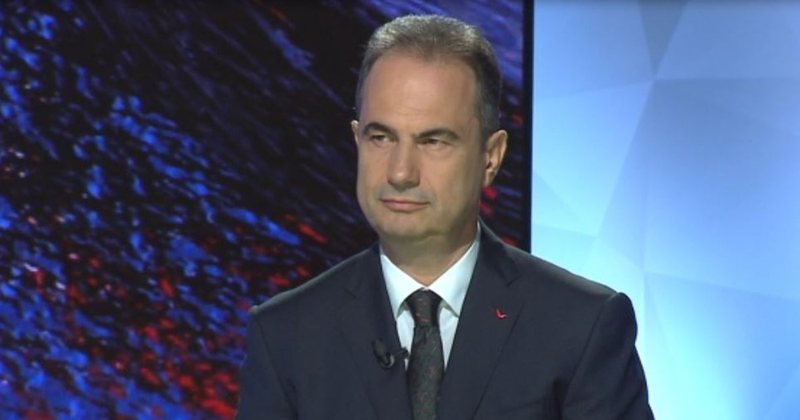 There is a rampant attempt to divide PD members today, or its leaders over the years, into pro-American and anti-American.

Albanian political investors of this thesis, speculate with a diplomatic-political act, with the legal right of the attack, which is addressed to a person (Berisha) regardless of the representation and place he can occupy in the political hierarchy.

According to them, the distance to this "curse" affects not only the people who seek and support today a normal legitimate electoral process inspired by the membership and bearer of non-grata but also the political force to which it adheres, if it keeps it in its bosom. saj.

They go as far as such phantasmagoric labels with anti-American terms "gang" or "organization", creating the smoke of a feeling and reality that does not exist.

They spread ancient prophecies of a hypothetical "hostility" that will appear on the horizon with devastating proportions for the DP, if "woe" occurs, but that exists only in their heads.

It is speculated with an already solid relationship, artificial and not current, with our main partner and multiple supporters of the country, the USA.

All this is done for political achievement, at an incalculable cost and screaming blindness.

Because they are forcibly raising a question mark that has never existed, at least in these years of democracy.

The question mark of gratitude for America.

Such an attempt is dangerous and harmful.

Such a question mark should be canceled, should disappear, and be deleted immediately.

It undermines the pro-American sentiment of Albanians and casts doubt on its undisputed values.

Albanians everywhere, members of political formations, especially the Democratic Party, because of history, as well as its political representatives, are deeply pro-American.

At any time and moment.

This is evidenced not only by the pro-Atlantic policies pursued by every government that has run the country in these years of democracy.

They love him for the values ​​of freedom and democracy, the dimension of universal rights, for the power and development it imposes, for the historical role in protecting the interests of Albanians.

That is why today they insist on being "misunderstood" by political speculators, respect for free will, and free voting.

It is a love that can neither be suspected nor abused nor negotiated.

She never needed to be imposed and when asked to be stopped by the dictatorship because she simply does not accept mediators.

Therefore, the theses of the "chosen" or the "cursed" today are and remain false theses.

Because no one can condition or negotiate this relationship built based on gratitude, which is both recognized and accepted as such by our strategic partner. Not a priori, but based on the contributions of individuals for the role in the advent of democracy, NATO membership, or other acts.

Moreover, no one, even a political leader, can take the title of one who divides the boundary between love and not love.

Emperors were stripped of divine right, since the Enlightenment, when people realized and accepted that the love of God did not need political intermediaries.

Throughout history, such a role, and even vice versa, has not succeeded and can not have.

Suffice it to recall Hoxha's behavior before the 1990s.

The self-proclaimed inventor and imponent of national love, what he did not do to forcibly sow Yugoslav, Soviet, and Chinese love in Albanians and to stop the love for America and the West.

And he never succeeded, even though he used everything. From propaganda to terror and shootings for every pro-American sentiment of Albanians.

The '90s proved that the spiritual bond of the Albanians had not been stifled and they had before it rejected any other "pro" imposed.

The arrival of James Becker exploded the reality that is spreading and still exists today.

The brokerage does not work.

Another example of the uselessness of mediation:

No matter how much Rama tries, with his authoritarian tendencies, to impose a "flirtation" with Serbia through regional projects, propaganda, and all kinds of tricks, he can not succeed.

He can not impose anything on Albanians. Albanians cannot be pro-Serbs. Mediation does not work for both pros and cons.

In these relationships, the "partner" is neither resolved nor works, neither for good nor for bad.

Therefore, the pro-Americanism of the members of the Democratic Party, of its political representatives, of its leaders at all times, like all Albanians, resembles that high mountain that no matter how much they shoot it, remains a mountain.

Albanians go to this mountain themselves.