I work for Soros: I apologize 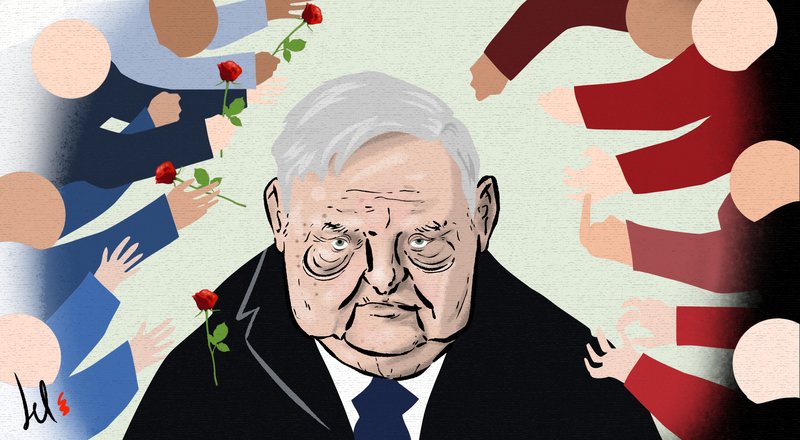 I have really said for a long time that in my past I worked as a researcher and program manager for the Soros Foundation in Albania. But until today I had not asked for a public apology for this guilt.
Now I understand that working in Albania is a serious crime.
That is why today I want to apologize to all the militants who have been caught behind a party or chairman to become directors or ministers. Or all those for whom the party has found a job in the administration, in the municipality, in school, university, or hospital.
Sorry I did not choose to become a party militant, like all smart people in this country!
I apologize to the customs officers and inspectors that I did not choose to get rich easily, raising my beam or closing my eyes.
In particular, I apologize to those who applied for this job or similar jobs but were not accepted. I'm sure they would never have agreed to do such a job.
I know I was wrong.
I know that I could have chosen to work for an oligarch, and manage the money they steal from Albanians through concessions. Or I was in business and winning a public tender.
I should have chosen to abuse the public funds and taxes of Albanians, instead of accepting to be paid by an international organization.
I should have become a little boss, and fined the big boss, and then send the money home in cash. Or I would have chosen to work for a media owner and fine businesses if they wanted me to shut up.
I could have chosen to deal with drugs, trafficking in girls, or Afghans. Or I would have become a paid killer, a prostitute realtor, or a gang informant. Not only would I have become rich, but I would have won the respect of society. Not to mention that I would have become an MP today.
Of course, I could have chosen to marry the daughter of a Rolling Hills resident, or hide the money of a minister or former prime minister, and not need to work at all.
In fact, I could have chosen not to work at all, creating letters for a special pension, a KEMP, a rent subsidy, or a soft loan. Or I would have left this country once and for all, as a third of the population has done.
But no, I chose the wrong path, unlike the ones above, who today are disappointed by my choice.
I turned down all the alternatives this country has to offer and chose to work for an international organization that provides free legal aid to those who do not have the money to pay for a lawyer. I chose to work for an organization that has built schools and kindergartens for children, and that has set up homes for abused women.
Shame on you!
Therefore, with my hand on my heart, repentant in the face of militant comrades, who hold high the reputation of society through their vigilance towards the enemy, I apologize today through this self-criticism.

Construction costs have increased significantly during the third quarter of this year. The Institute of Statistics reports that the annual change of the Const...

Extension of vetting mandates, Balla for VOA: Without opposition votes it is impossible

3.4 million euros in 'Toyota Yaris', journalist: A German businessman asked for the money

Manjani-Basha: Take the idea of ​​resignation seriously, learn to do politics without the Prosecutor and the Criminal Code

Raped the ex-groom and threatened to kill him, police seize the arsenal of weapons he had hidden in the apartment

Are there ambitions for running the DP? Topalli: With Basha leaving, I will feel at home

Covid-19 in Albania / In the last week, the tests at the lowest annual level

Temperatures drop significantly, as the weather will change in the following hours

Laert Vasili: This people has been beaten for 50 years, the dog is beaten like a puppy

US speaker organizer: I support Berisha beyond 'non grata', he is returning internal democracy

Këlliçi: 100% of the delegates want the dismissal of Basha