A madness that must end 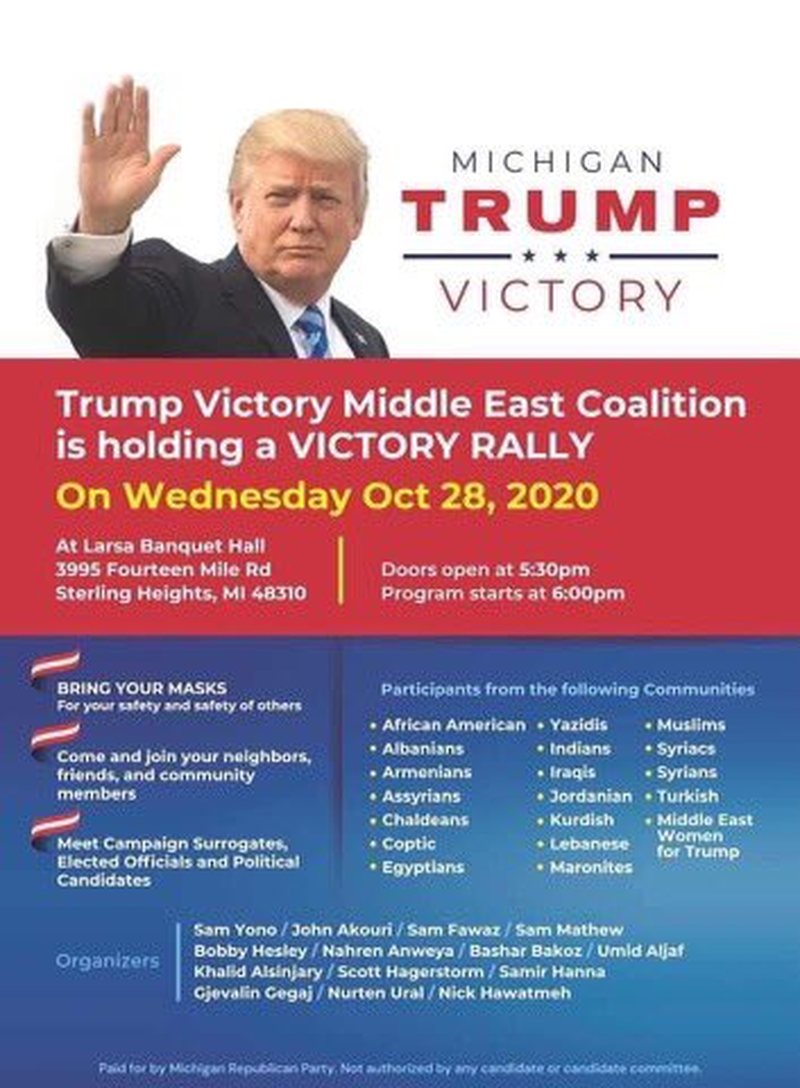 Albanians are not part of the Middle East and to be honest it is offensive that this work continues.
Serbs describe us as Muslims, not because we are such a majority, but in the hope that we will be hostile to the American and European Christian right.
Meanwhile, they themselves curse America up and down in the Muslim world, presenting Kosovo as an American tool. With a spoon eat on two tables.
This work started as a joke after the agreement in the White House where a mistake was made and Kosovo was described as from the Middle East, and now the Albanians in Michigan included in the Middle East coalition.
Lots of respect for other communities. They are our friends and we do very well to cooperate with everyone. However, we are not from the same space.
Above all, we are first Albanians and then we belong to different religions.
The leaders of President Trump's campaign should know that despite the religious diversity of our community, they have one of the greatest support among Catholic Albanians. I can not imagine how they might feel, but at least I expect them to seek the right not to be misrepresented, misidentified, and especially not to be misused.
Not every Muslim is from the Middle East. Not every Albanian is a Muslim. And above all, Albanian-Americans are Americans like everyone else, no matter what religion we belong to.
This contrast of images today, with Ambassador Grenell at a Serbian mass in Wisconsin and with Albanians in Michigan "displaced" in the Middle East, can not but create anger.
Especially when you consider that hundreds of thousands of Albanians were deported to Turkey, against their will, starting almost a century ago, from their lands, in the former Yugoslavia and in Greece, denying them their national identity just because they were Muslims. Before being forcibly expelled by General Zerva, thousands of Cham Albanian Muslims were sent to Greece against their will, although most did not know a word of Turkish. Displacement in Yugoslavia continued even after World War II.
Indeed, this campaign poster would not have mattered if Grenelli had not been having his next feast with Serbs, visiting churches where Serb myths as the savior of Christianity are vegetated, and where Kosovo is being compared to ISIS and Al Qaeda. .
On the other hand, the demands and rights of the Catholic minority in Kosovo continue to be ignored, the only one ignored in the Ahtisaari Package, an ironic reminder now that we are hearing that the Package was insufficient for the Serbian Orthodox minority.
Serbs are not the only Christians in Kosovo, nor are they the only Christians from the Balkans. Let the Catholics of Croatia, or the Orthodox of Montenegro and Macedonia, talk about who has desecrated their respective churches. Albanian-Americans certainly have 20 Catholic and Orthodox churches across the US, but who remembers these people from the Middle East.
This is certainly not a matter of religion, but a matter of national, geopolitical, and geocultural sensitivity. After all, from Lebanon to Palestine there is also a Catholic and Orthodox church, so here we are. After all Copts from Egypt, Yazidis, etc. are not Muslims.
Our protest is rooted in the calamities and abuses of the past, many of which have been the main reason we ended up in the Free World. If we did not complain and raise our voice for our right here, in the midst of American democracy, what is left for us?