Information center of the Ministry for Europe and Foreign Affairs 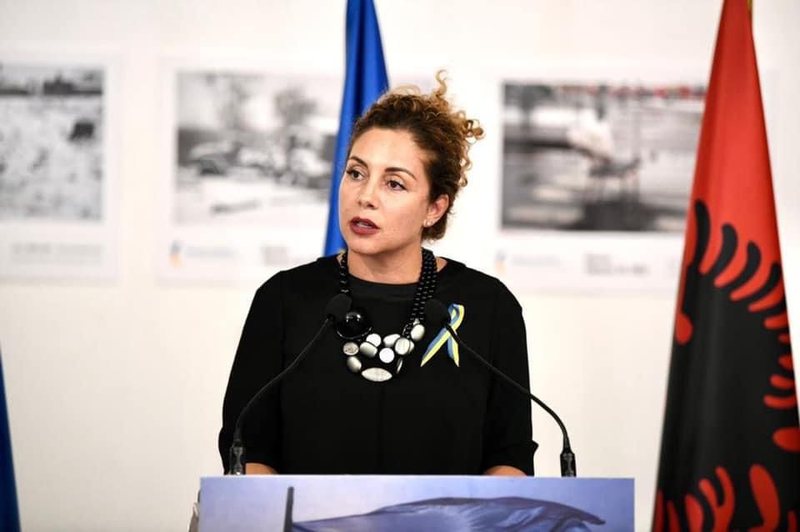 The official start of the accession negotiations with Albania in July marks the most important stage in the integration processes of the country into the European Union. The launch of this phase has brought, as self-evident, as inevitable, a significant increase in the interest of almost all the actors of the member countries to have an overview of the real state of the aspects included in the 35 chapters of the membership package.

Part of this increased interest is also the three research projects in which I am involved, together with three journalists from a well-known media group based in Brussels, one of which is related to public administration, aiming, more specifically, to reflect the reality and problems encountered in relation to the principles of public administration, standards, as well as recruitment and career criteria in public administration, these parts of the report on Albania that preceded the July decision (Albania 2021 Report, 2.1 2).

Meanwhile, the significant increase in interest brings, in an equally self-evident and inevitable manner, the equally significant increase in the need for information of interested parties, on the one hand, which includes journalists and the media, as well as citizens, and, on the other hand, of the willingness and readiness for transparency of state institutions to provide information in accordance with the existing constitutional and legal framework.

After the selection of the institutions, we decided to start with the Ministry for Europe and Foreign Affairs, since we are talking about the institution that represents the country and the Albanian government in the international arena. Within this project, but also as a CITIZEN of the Republic of Albania, based on the European Convention for the Protection of Human Rights (articles 10 and 13), the Constitution of the Republic of Albania (article 23, point 1), and Law 119 /2014 "Right to Information", on 18.08.2022, I addressed to the Ministry for Europe and Foreign Affairs (MEFA) the first request - while there will be some eyes - to forward me information regarding:

1) The appointment of the General Director of Economic and Support Services at the MEPJ of Mrs. Ilda Dega, at a time when the lady in question had reached retirement age, as well as the reasons why no other employee of the state administration or MEPJ of active age was appointed to this position.

2) The procedures followed in the selection for the position of Secretary General of the Ministry of Internal Affairs and Communications of Mr. Gazmend Turdiu, accompanied by the relevant documentation.

3) The selection criteria of the General Director of the Ministry of Internal Affairs and Communications, the form of appointment (by competition or ex-cathedra appointment), the appointing authority, as well as the legal basis.

4) Procedures for appointment to diplomatic posts abroad, selection criteria, a form of appointment, and the legal basis.

Contrary to our expectations, instead of the will and readiness to be transparent and convey the requested information to us, the Ministry for Europe and Foreign Affairs finally chose to shelter itself in a deep and dark informational disaster, precisely that disaster, the existence of which Prime Minister Rama also mentioned these days in the answer to the question "where were you?", which the citizens asked after the war that declared the buildings built without permission; and instead of enforcing the law, the Ministry for Europe and Foreign Affairs chose clearly and ugly to turn into an institution in which the only law that is respected and applied is the flagrant disregard and violation of the Law itself, going after it the same familiar logic,

Waiting for Godot endlessly, to the point of absurdity, is a story of the past and a story already surpassed. Meanwhile, this behavior of the Ministry for Europe and Foreign Affairs, which clearly contradicts the behavior that the institution that represents the Albanian state and government in the international arena should have, is a strong indication of the existence of legal violations in the matters for which we asked for information, as it is more than known that legal violation and informational terrorism are genetically and structurally related; the more serious the legal violation, the deeper the ruin in which it ends, deeper than the Sabatian tunnel and more convoluted than the Borgesian labyrinth, and the thicker is the informational terry with which lawbreakers are wrapped.

On the other hand, this is a good opportunity for Prime Minister Rama to show the Albanian citizens that he has already managed to get out of that deep and dark information trap he was in until the day he discovered the existence of the buildings without permission. Let's hope and wait patiently. Hope and patience for such things, although they have a limit, the important thing is that we do not lack them at all.

ECB: Eurozone inflation has not yet peaked

Rishi Sunak: The golden age of Britain-China is over

Temperatures drop significantly, what will the weather be like today

Dua Lipa 'electrifies' Tirana: Happy! Love you so much

Flutura Açka: Once politicians sold themselves for the homeland, now the opposite happens

Balliu accused the government: The more you smoke cocaine in the PS, the higher you climb in your career

Portugal wins 2-0 against Uruguay, qualifies in the 1/8 stage

Juventus is shocked, the management board resigns

The 55-year-old died in a bar in Korça, the police suspect

UN: The humanitarian situation in southern Ukraine is very critical

The Kosovar commentator ignores Serbia, does not mention the names of the players during the match

Kurbin/ Shot a firearm in the air, the police announce a wanted person

'Dreams and loves of a lifetime', the individual and collective rise and fall of a degenerate society

Berisha releases the video of the Albanians in the raft: This is the 110th anniversary of Independence

"He gave me the most passionate kiss": The 51-year-old actress talks about Prince Harry

The Greek Prime Minister's visit to Albania on December 6?

Russia postpones nuclear arms control talks with the US

Weather and temperatures for this week: Rain returns

"We had debates with colleagues from the Balkans", the German president talks about the integration of Albania

Problematic Albanians? Dua Lipa: The tragedy of how politicians see us

Why the two Assemblies did not unite, but emphasized the divisions and problems of the Albanian nation

On Independence Day, the anniversary of the birth of Adem Jashari

Dua Lipa received the Albanian passport, the news is reflected in the world media

Another scandal is related to the Balenciaga brand: Who is the 'satanic' designer?

Corruption and tariffs hinder the growth of Albania-Kosovo trade

Expert: Since September, 50,000 WhatsApp passwords have been stolen by Russian hackers

Considered the "painter of fashion", the Italian designer Renato Balestra passes away

Johnny Depp will return in "Pirates of the Caribbean"

The European Public Prosecutor's Office (EPPO) announced on Tuesday that it had uncovered the largest cross-border VAT fraud scheme ever investigated in the E...

Over 15,300 Albanians have sought asylum in Great Britain and the EU in 2022 alone, although the number remains lower than before the pandemic. According to ...

The well-known Albanian dress, the jubleta, is registered in UNESCO. The news was announced by the Minister of Culture, Elva Margariti, who described it as e...