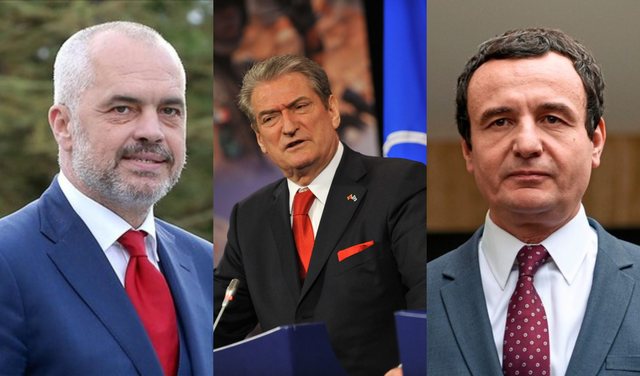 The three most mentioned politicians in recent weeks in the media of the Albanian territories have been Edi Rama, Albin Kurti and Sali Berisha. Meanwhile, they have been the most quoted in public opinion polls in the respective territories during this year. But which is the most favorite among them currently in the public opinion of the two Albanian states (Albania and Kosovo) taken together?

To give a rough answer to this question, I conducted an electronic survey, sending the link of the questionnaire via SMS to completely random mobile numbers of Albania and Kosovo. A total of 2155 adult residents of these two states completed the survey questionnaire.

To make an approximate e-polling of the number of adult residents of both countries, who prefer one or the other among the three most quoted Albanian politicians, I used public population data by age groups of Albania and Kosovo. The main problem with electronic surveys by SMS is the relatively low penetration of mobile telephony in rural areas and the elderly. For this reason, I carried out the statistical weighting of the sample, so that it better represented geographically and demographically the adult population of both countries. 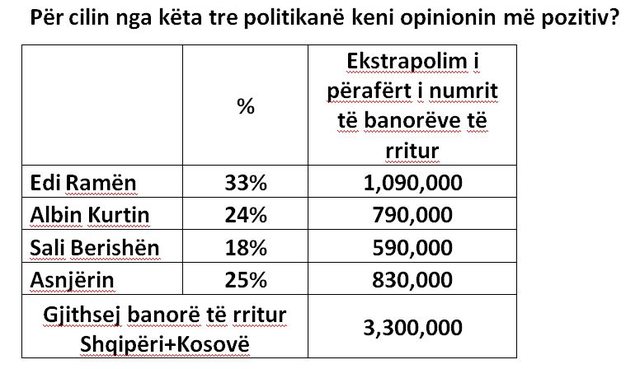