The bodies of the 45 people who lost their lives in the tragic accident in Bulgaria are expected to be returned to northern Macedonia tomorrow. Bulgarian Ambassador Angel Angelov has indicated that two military transport planes carrying the victims are expected to arrive in Macedonia on Friday morning.

"The Bulgarian side will provide two military transport planes to transport the bodies of the victims tomorrow morning, " Angelov said.

The tragic accident happened on November 23rd on Struna Street near the town of Pernik in Bulgaria, as the bus was returning to Northern Macedonia - which had been in Istanbul - and the bus caught fire, killing 45 people and leaving only 7 dead. persons managed to escape. All passengers were Albanians from northern Macedonia. 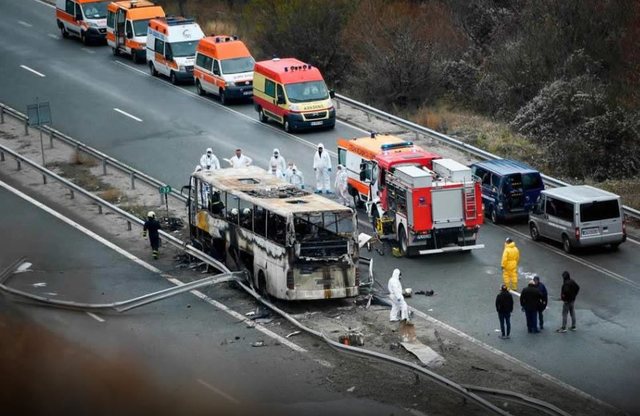