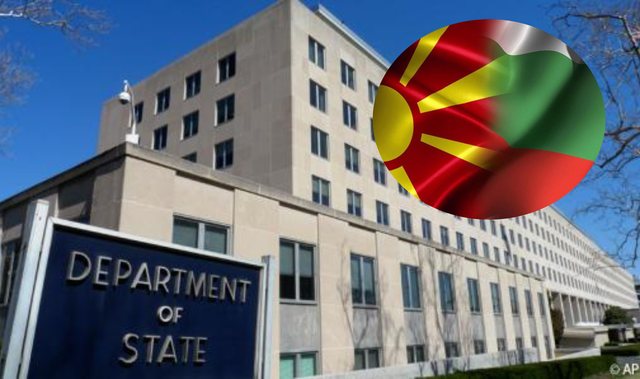 The United States is ready to "play a constructive role in facilitating a compromise" between Bulgaria and northern Macedonia, which would pave the way for the formal launch of membership talks between Brussels and Skopje, and consequently with Albania, which has remained hostage to this impasse. A State Department spokesman told VOA that "given the importance of this process for the countries of the region and for Europe at large, we hope that diplomatic efforts will continue and that we will continue to offer our support there." where it is useful ”. The spokesman also stressed that "we applaud France for its efforts to bring a successful solution to start formal negotiations as soon as possible."

France, which holds the rotating EU presidency for a few days, offered a compromise proposal between Sofia and Skopje. Last Friday, the Bulgarian parliament approved the "French proposal", allowing the government to lift its veto on advancing Skopje's European integration process. The French proposal envisages, among other things, the inclusion in the constitution of the rights of Bulgarian citizens in Northern Macedonia, or its non-recognition of the Macedonian language.

From Brussels, Prime Minister Kovacevsky said on Friday that "the French proposal, in its current form, is unacceptable to me, the President, the government, the coalition partners and the citizens of northern Macedonia." He added that “a proposal that should be acceptable should guarantee key elements: a clear wording for the Macedonian language in the negotiating framework and a clear protection of the Macedonian identity. "Historical issues cannot be a criterion in the negotiating framework." According to him, "talks between the EU and Northern Macedonia should begin before the opening of the procedure for constitutional changes and the inclusion of Bulgarians,

Sofia and Skopje are continuing talks on bilateral protocol. It is learned that Northern Macedonia presented a new proposal yesterday. Even today, Prime Minister Kovacevski told reporters in Skopje that "talks with neighboring Bulgaria continue at the level of expert teams of the Ministries of Foreign Affairs of both countries. Once there is a proposal acceptable to both parties, then that proposal can be discussed in the institutions of Northern Macedonia. "At this point, there is no such proposal," Kovacevski said.

The stalemate between Bulgaria and Northern Macedonia made impossible last Friday a decision by the heads of state of the European Union for the official launch of membership talks between Brussels and the two Balkan countries. The United States, for its part, has repeatedly urged Brussels to move forward in relations with Tirana and Skopje. In his comments to VOA, the State Department spokesman underlined that "the United States is a strong supporter of the integration of Northern Macedonia and Albania into the EU. We believe that the future of the Western Balkans is precisely in the EU. "The enlargement process promotes long-term peace, stability and prosperity throughout the region." adding that “we take into account many statements by EU leaders on the importance of the membership of Northern Macedonia and Albania in the EU to strengthen the security of Europe, as well as our collective security. "Northern Macedonia and Albania have laid the foundations and now is the time to take them forward to the next stage of the accession process," said the State Department spokesman. / VOA