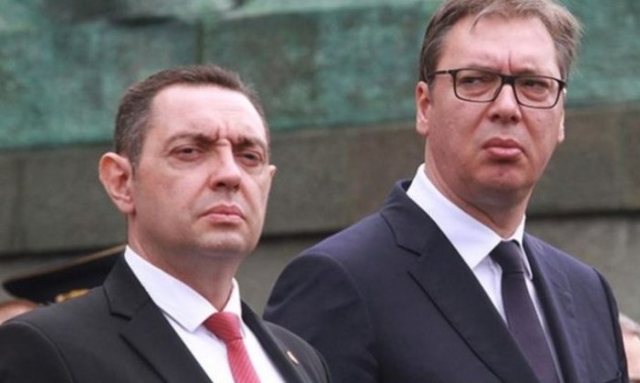 Serbian Interior Minister Aleksandar Vulin has shown the scenario of Kosovo Prime Minister Albin Kurti for the meeting with Serbian President Aleksandar Vucic on June 15 in Brussels, for the Pristina-Belgrade dialogue

Vulin says that Kurti will take as part of the delegation a woman who when she was a girl is suspected of being raped by Serbs.
He emphasizes that this should not be allowed and would irritate Vucic, but Kurti's intention is to ugly attract the attention of the international media.

"They will bring a woman who is suspected of being attacked when she was a girl by Serbs, they are bringing her as a member of the delegation which should attract the attention of all world media and irritate Aleksandar Vucic. Kurti was shown to be a great coward, he will bring someone who should do what he will not be allowed to do in front of Aleksandar Vucic. "What should we negotiate in such an atmosphere?"  Said Vulin.