"The world is burning", the German newspaper: 'Wild fires' in the summer months are not surprising 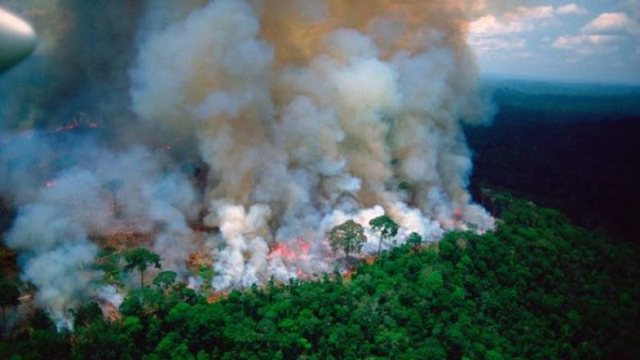 Greece is burning, California has been battling wildfires for weeks, and more than 40 forest fires are burning in Germany as well: NASA offers a summary of all fires. And their service is currently more in demand than rare.

According to the German daily Der Spiegel , on the 25th day after the "Dixie Fire" was first lit somewhere in the North Fork Feather Ridge in California, the flames were engulfed in the history of North American forest fires with a record new: as of saturday, Aug 7, 2021 "Dixie Fire" is officially the third largest U.S. forest fire disaster ever recorded.

And that means something: 1,760 square kilometers of forest had to be burned for that, so far about 270 buildings have been burned as collateral damage. The fact that no one died is not due to fate, but to firefighters who evacuate tirelessly and fight the fire.

So far, they have not had a real chance to put out the flames. The fire in Dixie is still out of control. Even in the coming days, it will burn the forest, burn buildings, destroy livelihoods and, at worst, break other records. Like fires in Greece, Russia, Ukraine, southern Italy, China, Australia and South America.

Droughts and floods around the world: Where climate change - and where we still have a chance

Also in Germany 43 fires were lit on Friday. In fact, as the current risk index from the German Meteorological Service shows, the risk of forest fires in this country is fortunately low at the moment: the world usually burns where it is particularly hot and dry. The fact that over 40 fires are still active in this country is on the one hand normal, on the other hand, statistically, less: Last year there were 1,360 forest fires in Germany alone, concentrated in the summer months. So it is normal for it to burn. But how violently it blazes is new.

Rising forest fires are not surprising in the summer months and especially in all parts of the world with vast savannah landscapes. There "wild fire" has always been a phenomenon that is typical of the living space. About 70 percent of all wildfires that break out in nature are said to be concentrated in savannah landscapes. If you look at current photos and maps of worldwide fire monitoring, you will see this confirmed: Beneath the Central African rainforest area it looks like the whole continent is burning, individual fires can hardly be distinguished from each other because we can we see at all times today that the flames in the world are raging. This is observed from space with the help of weather and other satellites.

There is now a broad consensus that this is largely due to the fact that climate change causes prolonged periods of heat and drought. But there are also economic or criminal reasons: the fact that there is such a fire in the heart of South America is man-made in another way - for years illegal logging and burning have been a growing problem in Brazil, especially in the Region of Amazon. Often, fires in the Mediterranean region can be traced by arson, as is suspected to be the case with current fires in Greece.