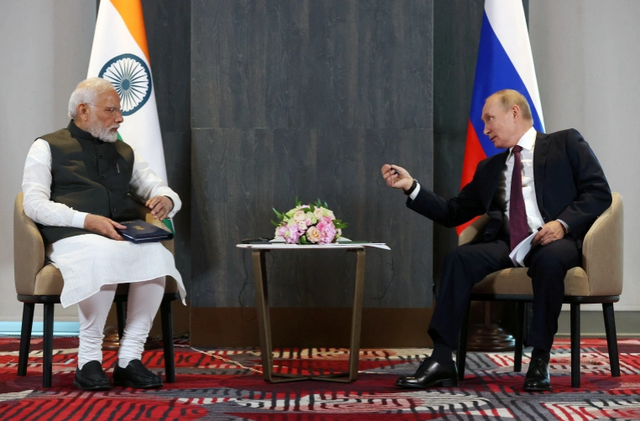 India's balancing act in the Ukraine war is becoming more difficult, but New Delhi's unique position as a friend of Russia and the West could see it emerge as a key mediator. When the war began on February 24, New Delhi was quick to support Ukraine's humanitarian needs.

But India has refrained from condemning Moscow's actions at the United Nations — a consistent position that Prime Minister Narendra Modi's administration says is consistent with India's foreign and defense policies, AP reports .

In an interview, India's Foreign Minister Subrahmanyam Jaishankar argued that he is not trying to meet other people's demands. "Sometimes, I've lived with the things you West have done. Now, live with it the foreign policy of India" , he said.

But as the war intensifies, global energy and food shortages are prompting India to reevaluate its restrictive stance toward Russia.

Vivek Mishra, a fellow at the Observer Research Foundation (ORF) in New Delhi, told Al Jazeera that India's stance is in a state of transition.

“Over the past 10 months, we have seen the specter of India's meddling in the war rising. This became apparent when New Delhi indirectly told Moscow that it was time to end the war. Moreover, over the next year, India at the helm of the G20 will mean that New Delhi's role in mediating the end of the war will gain more importance ," he said, emphasizing that the role of mediator means leadership.

India's importance in making it a peacemaker?

At the same time, the European Union has also pushed for stronger ties with India as the bloc's relations with Russia and China cool.

The EU held the first round of trade talks with India in July this year and discussions will resume on Monday.

New Delhi aims to create comprehensive free trade agreements not only with the EU but also with the UK and Canada next year. Similar trade deals have already been signed with Australia and the United Arab Emirates this year.

Meanwhile, the United States has also boosted its defense partnership with India, recognizing New Delhi as a central figure in maintaining security in the Indo-Pacific - a sentiment shared by the Association of Southeast Asian Nations (ASEAN), which has also expanded security ties with India.

Some geopolitical analysts say the war in Ukraine has played a role in increasing India's prominence on the global stage.

With India at the helm of the G20 from December, the West can lobby New Delhi to play a bigger role.