Saimir Tahiri in the Italian documentary shortly before the prison sentence: They put bombs on me! Marijuana in Albania, history of poverty 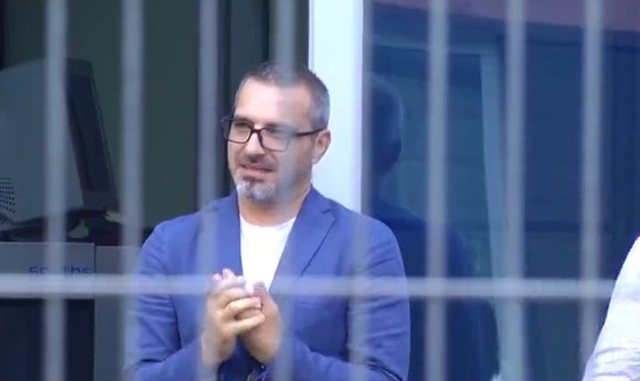 Saimir Tahiri, the former minister of the government of the Socialist Prime Minister Edi Rama, in office until March 2017, was involved in the investigations carried out in Italy, which led in October of the same year to the dismantling of a criminal organization composed of from Italians and Albanians engaged in international drug and arms trafficking.

Tahiri, a few days after the interview for the Italian documentary  "Albanian Drugs ", ends up in prison after being sentenced for abuse of office to 3 years and 4 months, accused of being associated with a criminal group dedicated to the trafficking of marijuana to Italy.

"If I was corrupt? I would not come to Italy to ask the Guardia di Finanza to double patrols to monitor the territory. I asked all European countries to help us fight drug trafficking", said the former Albanian Minister of the Interior Saimir Tahiri a few days before the arrest in the documentary that will be broadcast today at 21:25 with the narration of Nello Trocchia.

" They put bombs on me and such a thing has never happened in Albania, marijuana is not a story of criminals, but of poverty", says Tahiri in the documentary made by Carmen Vogani, Lorenzo Giroffi (director) and Marco Carta.

Tahiri is suspected of having relations with two members of the organization, the brothers Moisi and Florian Habilaj, the first arrested in Italy. The Habilajs are relatives of the former minister, whose name has appeared several times in the wiretapping conducted by Italian investigators.

In May 2018, Tahiri resigned from the post of deputy, immediately ending up under house arrest, to be investigated in freedom.

The former minister, now in prison, talks about the wages that drug traffickers guarantee farmers, 5,000 euros per year just to grow marijuana in the fields transformed into plantations, money that in Albania represents a large amount. Thus traffickers managed to increase production and become in this sector among the first exporters in the international criminal arena.

In the Italian documentary, it is said that the Albanian mafia began its unstoppable rise in the nineties with thefts in apartments, robberies in villas until they became traffickers of human beings and prostitution.

'I narcos albanesi' is the first of four documentaries of 'Lidhja Mafia', the series produced by Videa Next Station, which Nove will broadcast every Saturday evening.

Exclusive wiretaps between Albanian and Bar bosses, alongside the original interrogation of the penitents, will be broadcast alongside unpublished testimonies of port operators, victims' families and drug traffickers.

With 74 votes in favor, the agreement of the Port of Durrës is approved