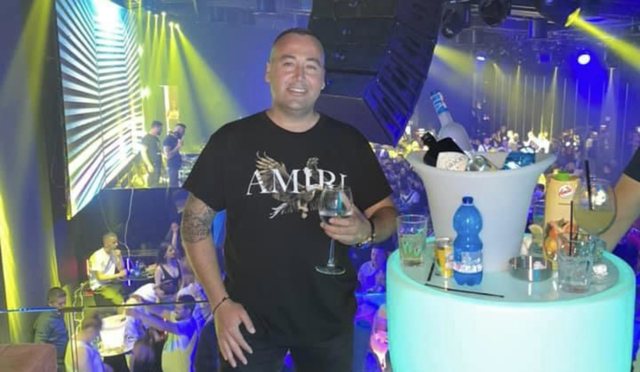 According to the CIA, Metaj distributed drugs in populated entertainment venues with music in Saranda. 5 grams of cocaine were found in his house, divided into 11 doses.

The Service for Internal Affairs and Complaints (CIA) arrested in flagrante delicto the police officer Lavdosh Metajt 38 years old, acting officer of the General Patrol, the "Eagle" forces at the Saranda Police Station. He is charged with the criminal offense "Production and sale of narcotics."

The arrest was made after several months of investigation in the application of special investigative methods under the direction of the Saranda Judicial District Prosecutor's Office, where facts were gathered that created reasonable suspicion based on evidence that police officer Lavdosh Metaj. carried out systematic distribution of narcotics in populated entertainment venues with music in Saranda.

Based on these facts documented in procedural ways, the Saranda Judicial District Court allowed the personal and apartment search of police officer Lavdosh Metajt.
In execution of the Court decision, during the personal control carried out in the conditions of flagrante delicto arrest, Police Officer Lavdosh Metaj was found and seized as material evidence the suspected narcotic substance cocaine in the amount of 5 grams, divided into 11 doses .

Also, during the search of the police officer's apartment, a quantity of 165 grams of suspected cocaine and a scale used for its weighing in the process of dosing were found and seized. This illegal activity was carried out by the detainee during his service and outside it.
Under the direction of the Prosecution, further investigations continue to document the activity of other collaborators within the ranks of police structures, or outside it.

Vuçi për for "Mini-Schengen": From January 1, 2023 we will have no borders between our countries, we are not naive